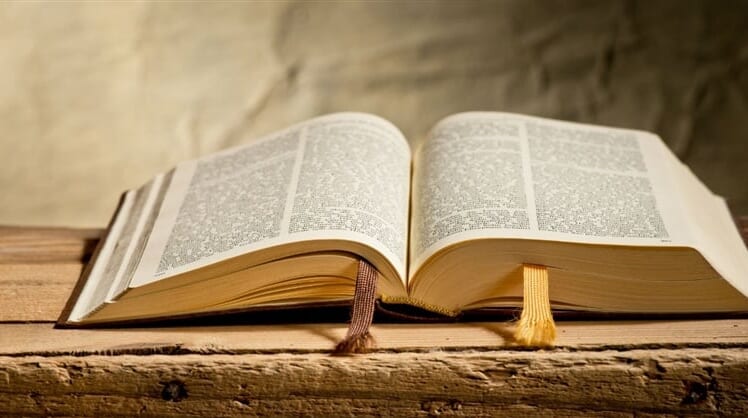 A conservative student at a Catholic college in New Hampshire was given a zero on an assignment after reportedly using “exclusive” language on gender when citing biblical text.

Young America’s Foundation reported that Saint Anselm College’s Professor Gilberto Ruiz called out the student for using the gendered language from the Book of Genesis when referring to God’s creation of “man” and “mankind” in general.

THE ATLANTIC MAG TRIES TO TURN EVANGELICALS ON TRUMP

YAF said it confirmed the documents and posted one of Ruiz’s responses that said, “Because this term is used to the human species, this does not meet Spec 5. Instead, use terms like “humankind,” “humanity,” “human beings,” “people,” and so forth.”

The report said that the student received a zero grade because it was an “all-or-nothing” assignment and since the use of “mankind” was “gendered language.”

Kara Zupkus, a writer for YAF, wrote on Twitter that the group was tipped off to the issue on its Campus Bias Tip Line. The student requested to remain anonymous, the YAF report said.

Rev. Joseph Ruggieri, a Roman Catholic priest, tweeted to Zupkus that he experienced the same kind of censoring while he was in the seminary in 1987.

“Gendered” language is seen by many as the latest intiative by colleges across the U.S. to prove their wokeness. The University of North Carolina’s Writing Center described one example of gendered language in the U.S. Declaration of Independence when it states “all men are created equal.”

“English has changed since the Declaration of Independence was written,” the school wrote. “Most readers no longer understand the word “man” to be synonymous with “person,” so clear communication requires writers to be more precise. And using gender-neutral language has become standard practice in both journalistic and academic writing, as you’ll see if you consult the style manuals for different academic disciplines (APA, MLA, and Chicago, for example).”

The YAF report pointed out that it was jarring that the professor would penalize a student for using actual biblical text. The group said it is another example of professors “trying to rewrite things their way.”

Commenters on its website tended to agree. One person called for the professor to be fired.

“Parents should not be paying for adherence to opinions,” the person wrote. “They need to actually have a skill set when they leave.”