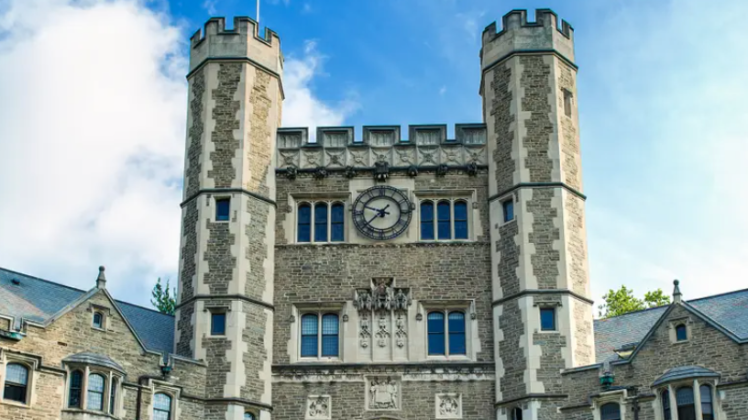 Princeton University might be too woke for its own good.

The school said Thursday that it was complying with an investigation by the Trump administration into racial bias at the school after an open letter earlier this month from its president. The school has received more than $75 million in federal funding since 2013 that relied on the school’s compliance with the Title VI Order.

The U.S. Education Department pointed to a letter by Christopher L. Eisgruber, the school’s president, that read, in part, “Racist assumptions from the past also remain embedded in structures of the University itself.  For example, Princeton inherits from earlier generations at least nine departments and programs organized around European languages and culture, but only a single, relatively small program in African studies.”

The New York Times reported that Eisgruber also wrote that at Princeton, as in society, “sometimes by conscious intention, but more often through unexamined assumptions and stereotypes, ignorance or insensitivity, and the systemic legacy of past decisions and policies.”

Federal officials pointed to Eisgruber’s letter and said in a letter to the university earlier this week that the school’s acknowledgment “conflicts with previous assurances that Princeton complies with federal anti-discrimination laws,” according to the Associated Press.

“You admitted Princeton’s educational program is and for decades has been racist,” federal officials said in the letter.

Many on social media praised the Trump administration for taking a look at the Ivy League school—especially after its president seemed to admit to the allegation.

“This is both just and amazing,” tweeted C.C. Pecknold, a professor at the Catholic University of America, in Washington, D.C. “If you announce that your university is “systemically racist”—as Princeton Universtiy’s president recently did—you will be investigated, and could lose access to all federal funding.”

The school said in a response to the investigation that it is unfortunate that the Department appears to believe that grappling honestly with the nation’s history and the current effects of systemic racism runs afoul of existing law.”

Perhaps, under that logic, murderers who kill someone and admit their offense to arresting officers can now take up the “Princeton Defense,” and say that it is unfortunate that the court system would use an admission of guilt during an honest moment of personal reflection with police officers against them.