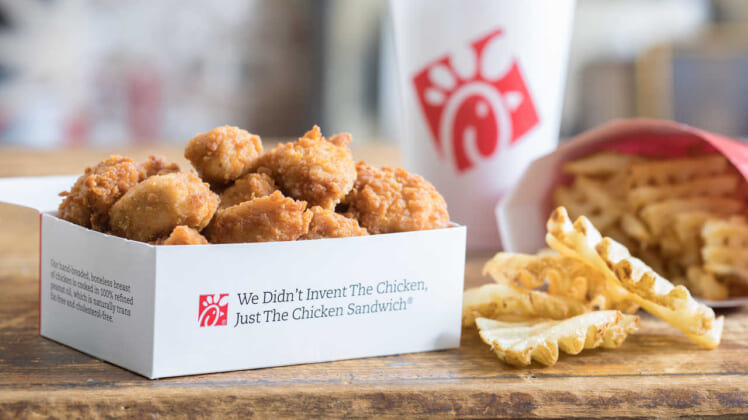 A private university in New Jersey has decided their student body would be better off if they did not eat more chicken.

“We have concluded that due to Rider University’s values and goals which explicitly include efforts to promote the inclusion for all people, we are uncomfortable pursuing Chick-fil-A at this time in that their corporate values have not sufficiently progressed enough to align with those of Rider,” university leaders explained to students in an email.

Let that sink in for just a moment — Chick-fil-A is not welcome on campus because they have not evolved on the cultural issues of the day.

A recent national survey found that a majority of American teenagers say Chick-fil-A is their favorite restaurant. It’s not surprising.

It’s true the family-owned restaurant chain serves delicious chicken sandwiches and waffle fries. But they also serve their local communities – going the extra mile to take care of whoever might need a helping hand.

A Chick-fil-A restaurant in Sacramento provided more than 300 families with turkeys for Thanksgiving. Restaurants along the Gulf Coast offered assistance to survivors of Hurricane Michael. A Birmingham franchise sent workers into the snow to deliver hot sandwiches to motorists stranded on a nearby roadway.

Those are values that even Colonel Sanders would embrace.

Rider says there is no place on their campus for a restaurant chain that goes above and beyond to take care of their workers and the community it serves.

All I can say is thank goodness Chick-fil-A does not share Rider University’s warped value system.