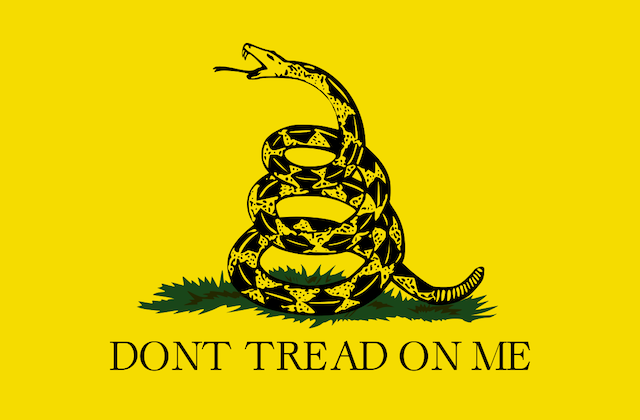 The Young America’s Foundation reported that it obtained an email from a school administrator at a Catholic high school in Los Angeles informing a conservative student that a ‘Don’t Tread On Me’ flag seen in a promotional video needed to be removed because it could be seen as “racial harassment.”

The student at Loyola High School contacted YAF through its Campus Bias Tip Line, which is intended to shine the light on anti-conservative bias in schools and universities. The student, who asked not to be identified, told the group that the incident was “just a small example of the different struggles conservative students go through while in school.”

The report cited an email that the student received from Chris Walter, the director of student activities at the school. YAF said that he incorrectly used an Equal Employment Opportunity Commission case to justify his decision.

The EEOC considers claims brought against federal agencies when there are allegations of harassment. One complaint filed about the Gadsden Flag called out its history. The claim said the flag was designed by Christopher Gadsden, a “slave trader and owner of slaves,” the Washington Post reported. The complaint said the flag is a “historical indicator of white resentment against blacks stemming largely from the Tea Party.”

The ruling in the case said the flag originated during the Revolutionary War “in a non-racial context” and has been used by the Tea Party to promote gun rights, “activism, patriotic displays and by the military.” But did point out that it has been “sometimes interpreted to convey racially-tinged messages in some contexts.”

YAF pointed to a case where the EEOC told the U.S. Postal Service to investigate the allegations, without confirming that “discrimination actually occurred.”

“This administrator is using bullying tactics to silence speech with which he disagrees–trying to intimidate young conservatives into believing a lie. We must not be afraid to call out the Left’s misinformation and attempts to censor conservative ideas,” the report said.

YAF said it reached out to the school for comment but did not get an immediate response.