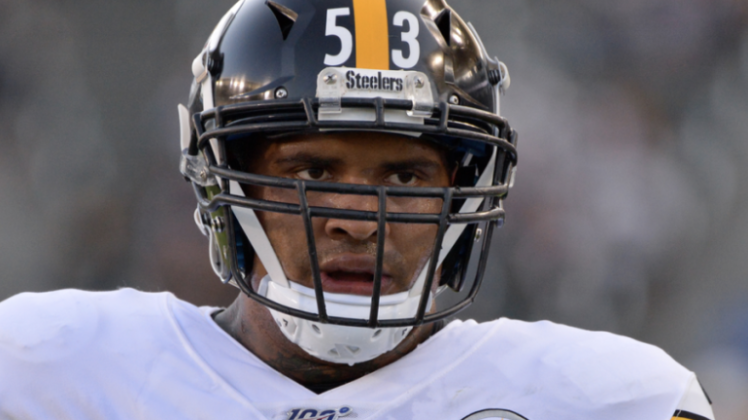 Maurkice Pouncey, the Pittsburgh Steelers captain, indicated Thursday that he will be the second player on the team to distance himself from wearing the name Antwon Rose Jr. on the back of his helmet.

Rose Jr. was killed in a police-officer involved shooting in 2018 that sparked unrest in the city and a subsequent homicide trial against the officer who pulled the trigger. The officer was later acquitted.

Rose was inside an unlicensed taxi that was involved in a drive-by shooting and the officer testified that either Rose, 17, or the other passenger pointed a gun at him, according to the Associated Press.

Pouncey has been known for his relationship with police.

“I want to make sure (police) understand I inadvertently supported a cause which I did not fully comprehend the entire background of the case,” he posted on his Instagram account. “I take full responsibility for not doing more investigating into something that is sensitive to the community and (Rose’s) family.”

Coach Ditka: “If They Can’t Respect This Country, Get the Hell Out”

The NFL has been doing its best to prove that it can be every bit as woke as the NBA. Even though critics like Colin Kaepernick have called the league’s over-the-top effort “propaganda,” players like Drew Brees have been accused of pandering to the woke mob.

Brees was criticized for wearing a helmet with the name Jacob Blake in bold letters after the recent shooting in Kenosha, Wis. That shooting also sparked unrest in the streets but it was later revealed that Blake, who was shot seven times and left paralyzed, has been accused of assault.

Rose’s name was added to the helmet after a team vote, according to Yahoo! Sports. Pouncey announced on Instagram that “moving forward” he will be making his own decision about what he’ll wear on his helmet.

Mike Huckabee: I’m Done With the NFL and the NBA

Yahoo! Sports said that Pouncey has a close relationship with police and, for years, has donated tickets to the city’s police department.

Todd Starnes, the host of the “Todd Starnes Show,” reported earlier that Alejandro Villanueva, a teammate of Pouncey and retired Army Ranger, decided not to do honor Rose. Instead – he posted the name of an Army sergeant who died after trying to rescue soldiers from a burning car in Iraq, Alwyn Cashe.

“It was a noble gesture – and one that clearly irritated social justice warriors – who are now demanding that Mr. Villaneuva be publicly shamed – for honoring a war hero. A black war hero,” Starnes said.