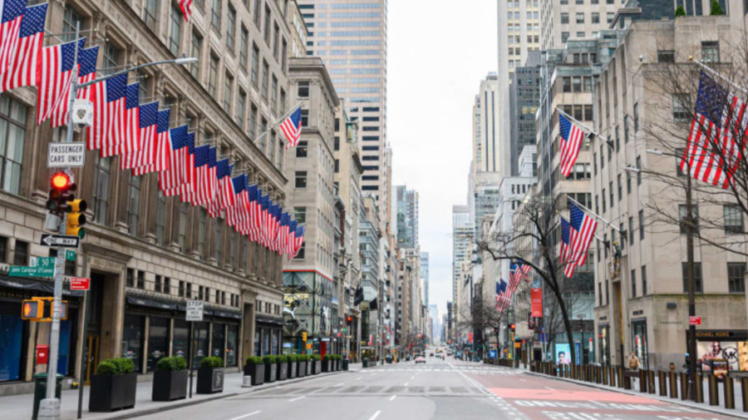 New York City—which at one point was considered as Ground Zero for coronavirus infections in the U.S.—is still grappling with new infections, but is also dealing with a financial challenge not seen since the 1970s.

The New York State Comptroller warned that as many as 50 percent of the city’s bars and restaurants could close permanently over the next six months.

DEMS GET READY FOR ATTACK ON TRUMP’S SUPREME COURT PICK

Richard Ravitch, a state official from New York who worked on the city’s financial crisis decades ago, told the paper that the city is on a verge of a tragedy.

“I don’t know what’s going to happen to this city,” he said.

The Real Deal, a real estate magazine, reported that there is a 16 percent unemployment rate in the city, which is double the national average.

Many questions remain about workers heading back into the office, which directly affects restaurants and cafes in business districts. The report said that personal income tax in the city alone is projected to drop by $2 billion this year alone. The hospitality sector in the city lost 44 percent of its jobs, the Times reported. The report illustrated the problem by pointing out that only 37 percent of hotel rooms were occupied in the city last week. Last year, 90 percent were occupied during the same period.

It has been widely reported that residents of the city have been fleeing in droves to the suburbs and states with lower taxes like Florida. The New York Post reported last month that 16,000 New Yorkers moved to Connecticut from March through June alone.

The Times reported that Ravitch said he believes the city is underestimating its $9 billion revenue shortfall over the next two years.

Bill Neidhardt, the press secretary for de Blasio, told the paper that he expects that the strain will continue for a while. He said the mayor’s office have been “calling for a stimulus, and Washington has done what they do, which is nothing.”

Andrew Rein, the president of the Citizens Budget Commission, told the Times that the mayor’s office should have presented a more detailed plan at this point. He said “we’re not getting real about facing this crisis.”

Bernard Kerik, the former top cop in New York, told the “Todd Starnes Show” last month that some of the city’s most legendary streets have been ruined under de Blasio’s leadership.

“Whether you go up Fifth Avenue, Madison Avenue—go through SoHo, the Diamond Exchange—these were some of the most expensive streets in the United States of America and they are completely destroyed,” he said. “The businesses, the shops, the stores…bank windows… because the mayor wanted to address this with a ‘light touch’ instead of putting the resources necessary to do the job and secure the city.”