Jussie Smollett Offended by His Own Messages Read Aloud 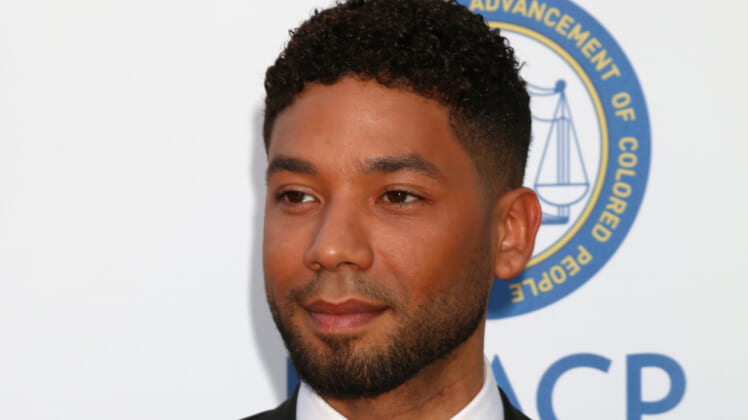 Jussie Smollett interrupted Special Prosecutor Dan Webb Tuesday because he was offended by hearing the N-word read aloud from his own Instagram messages, Fox News reports.

Smollett’s testimony concluded with a focus on his private messages with Bola Osundairo the night of the alleged hate crime hoax. The former “Empire” actor, charged with six low-level felony counts of lying to police, denied under oath any of the planning with the Osundairo brothers, Fox News national correspondent Matt Finn reported from the courthouse.

“Some of the messages included the use of the N-word, prompting Smollett to interrupt the prosecutor to ask him to spell or abbreviate the word so as not to offend ‘every African American in this room,’” Tyler McCarthy reported for Fox News.

Earlier, Smollett testified that he was friendly with Bola Osundairo, claiming they would go to a gay bathhouse together, do drug together, make out and have sexual encounters. This is contrary to what the Osundairo brothers testified.

“Jussie Smollett just said under oath ‘there was no hoax,’” Finn tweeted, adding, “Smollett says he was driving, smoking a blunt and texting with a woman about MSNBC appearance – day of January 27th – when the Osundairo brothers were in his car. Brothers say that’s when hoax was being planned.”