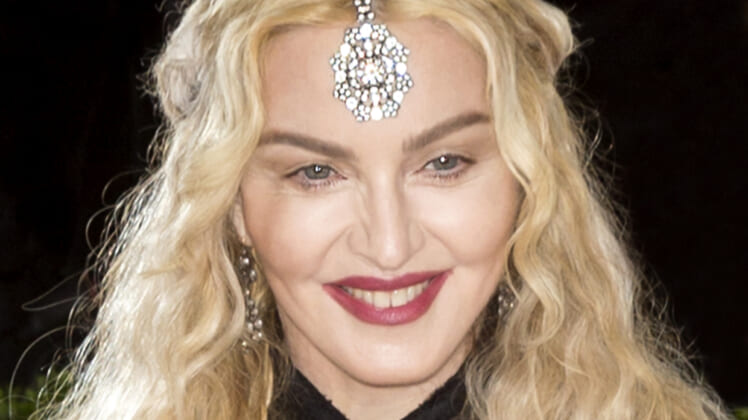 Madonna has raised eyebrows after posting strange footage of herself on TikTok shortly before the Grammy Awards, then deleting it hours later.

In the video, which was made available by the New York Post, the 63-year-old pop icon sits at a table dressed in a black sheer top with her blond hair in four braids. She leans in close towards the camera, pouting her lips, then sits back in her chair.

The clip had followers confused with one person writing that the video was “completely unsettling” and another wondering “how am I supposed to close my eyes and fall asleep now,” the Post noted.

Madonna is out of her mind pic.twitter.com/ejO4dNUVDA

“This honestly scared me I’m not gonna lie,” a third fan said via the outlet.

The confusing video clip comes shortly after Madonna was pulled from Instagram after posting several photos of herself wearing fishnets and lingerie and seductively laying in a bed. Parts of her nipples were exposed in two of the shots.

Madonna reposted the photos and captioned them with a long rant slamming the social media platform and social norms.

Earlier this year Nelly made headlines after he told Madonna to “cover up.” His comments came months after 50 Cent slammed the singer for other risque photos she had posted on Instagram. Continue reading at Newsmax.