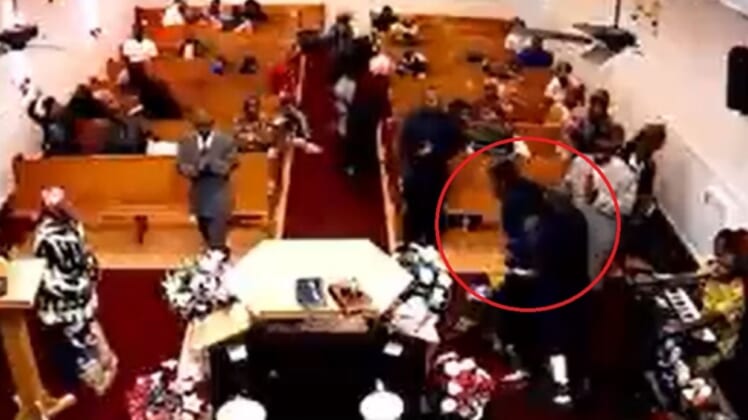 A Tennessee pastor is being hailed a hero after he took down a gunman intent on shooting up his church Sunday, police said.

Dezire Baganda, 26, allegedly walked up to the front of Nashville Light Mission Pentecostal Church, pulled out a gun, and started pointing it at congregants while many were praying at the altar, the Metro Nashville Police Department reports.

“Baganda told everyone to get up while he waved and pointed the handgun at the congregation,” the police said in a statement.

The church’s pastor, identified as Ezekiel Ndikumana by an ABC affiliate, quickly tackled Baganda before any shots were fired and several church members jumped in to assist the preacher is disarming the gunman until police officers arrived.

“When I saw him looking this way and pointing the gun this way, I pushed the chair and I ran. He wanted to kill. That’s the first thing that came to my mind,” the pastor told WREG. “I felt the feeling that I would go and grab him.”

Police praised the pastor for preventing a deadly scene.

“The heroic actions of both the pastor and several of his parishioners saved a church from further violence,” the Nashville police statement said.

Baganda, who is not a member of the church, is charged with at least 15 counts of felony aggravated assault with bail reportedly set at $375,000. He told police he was Jesus and “all churches and schools need to be shot up,” according to the arrest affidavit.

Texas Democrat Says Jesus Would be Accused of Being ‘WOKE’