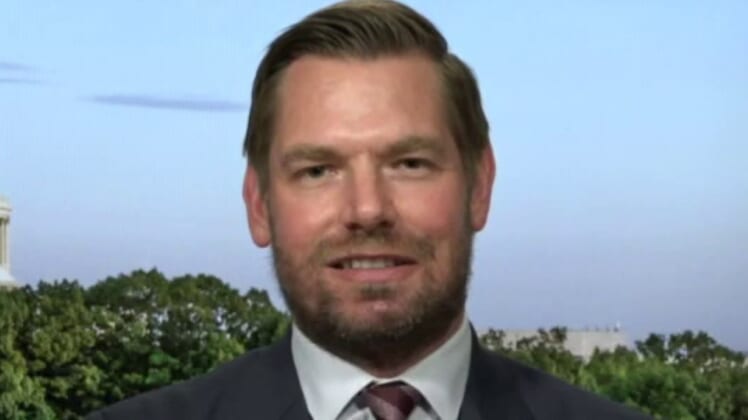 The 40-year-old congressman claimed witnesses during the trial would not have changed Republicans’ minds, even if the witness was “God herself.”

Swalwell, who served as the House impeachment manager, is accused of having a long-term relationship with a suspected Chinese spy.

“That’s an interesting choice…somebody who’s part of a Chinese espionage ring effectively, so it’s a provocative choice,” Sen. Josh Hawley, told a pool reporter during a break in the proceedings.

Swalwell isn’t the only Democrat to insert gender into discussions about the Almighty God.

Rep. Emanuel Cleaver (D-MO) opened the 117th Congress with a “woke” prayer “in the name of the monotheistic god and the god known by many names and faiths.”

Cleaver closed with “Amen and A-Woman.”

Maybe Swalwell was quoting Ariana Grande lyrics or perhaps he really does believe God is a woman.