Resign or be Fired! Christian Teacher Forced out over School’s Transgender Policy 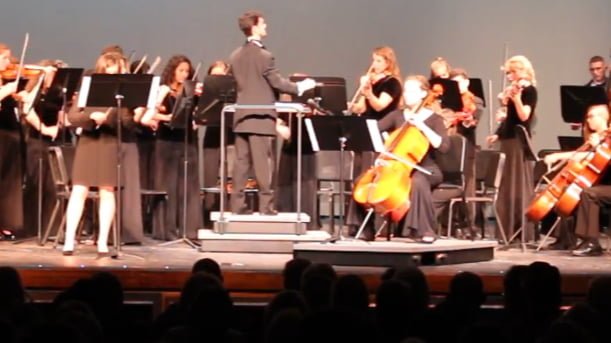 Resign or be fired.

That was the stunning ultimatum delivered to John Kluge, a teacher at Indiana’s Brownsburg High School and a devout follower of Jesus Christ.

The 28-year-old had conducted the school’s orchestra and taught music theory classes for four years. He also served as the faculty sponsor for an after-school Bible study group – Teens for Christ.

By all accounts Mr. Kluge was a beloved member of the faculty at Brownsburg High School in Indiana.

But he ran afoul of school administrators when he was ordered to comply with the school district’s strict policy regarding transgender students.

“I really care about kids and I don’t want to do any harm to them,” he told me. “I was talking to my pastor about the scenario of calling a student by an opposite sex name and what harm I believe that would do to them.”

“I remember breaking down and weeping at that scenario. I cannot in good conscience do what I believe will cause harm,” he said.

At the start of the 2017-2018 school year administrators agreed to a compromise. They permitted the teacher to address the students by their last names.

“This was a great accommodation,” he told me. “It worked really well. The agreement allowed for the beliefs of all the students and teachers to be honored.”

However, in February he  was called into a meeting with the principal and human resources director and told that he would no longer be able to call students by their last names.

“They told me to start using the transgender students opposite sex names and if I was not willing to do that I would be terminated by May 1st,” Mr. Kluge said. “The other option they gave me was to resign so I could get paid over the summer.”

It was a jaw-dropping pronouncement.

Mr. Kluge is married and has a young daughter with another child on the way.

“It was a very stressful. I was losing sleep,” he said. “I have to provide for my family and they said I would get paid if I tendered my resignation.”

So, that’s what the young father decided to do – writing a conditional resignation letter.

“They put a financial gun to my head – get fired or resign,” he said. “It was distressing.”

But after he submitted the forced resignation, Mr. Kluge began having second thoughts.

“I was able to reflect, pray and seek counsel,” he said. “I decided I really love these kids. And I want to appeal to the superintendent and the school board. I want to do everything I can to continue teaching these kids.”

And that’s where the Alliance Defending Freedom comes into the story – a law firm that specializes in religious liberty cases.

“We think that there have been some serious mistakes made and they may give rise to a legal cause of action,” attorney Michael Cork told me. “The resignation scenario was handled in a way that was beyond bullying.”

Alliance Defending Freedom has tried to reach out to the school district hoping to reach an amicable solution but so far the district has not been responsive.

School administrators did not respond to my requests for an interview. Perhaps they will return your telephone calls. Here’s a link to their phone number.

“When you are offered the chance to continue to earn money or to be terminated immediately and you have two mouths and a third on the way to feed – it’s a very difficult decision,” Cork told me.

John Kluge is a good and decent man. He is a dedicated school teacher. He is a faithful husband and father. He is a devout follower of our Lord.

He was given a choice – either renounce your religious beliefs or lose your job. He chose to remain faithful and now he is unemployed.

How’s that for tolerance, America?