WH: Christians Should be Outraged Over Senator’s ‘Religious Litmus Test’ 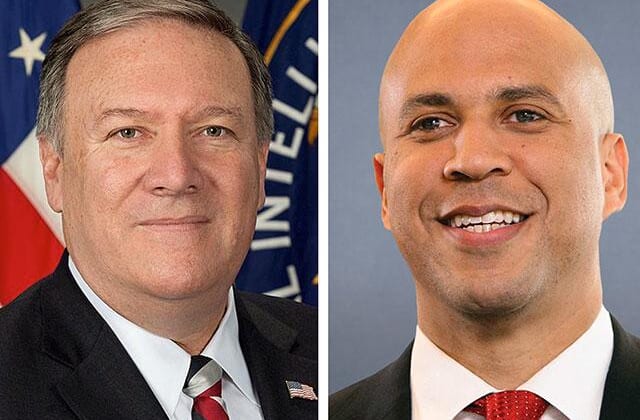 The White House says Christians have a right to be upset after Secretary of State nominee Mike Pompeo was interrogated during a senate hearing over his religious beliefs regarding marriage.

Sen. Booker then grilled the former CIA director about his views on gay sex.

Family Research Council accused Booker of putting forward “what is essentially a new litmus test that says one must endorse homosexuality – effectively choosing between faith and public service.”

Thousands of people have already signed an FRC petition urging the Senate to reject Booker’s religious test. Click here to sign the petition.

“It’s an attempt by Cory Booker to try and shame Mr. Pompeo and I think it’s backfiring in spectacular fashion,” Gidley said on the radio program. “Christian groups should be outraged.”

Booker doubled down on his Facebook page calling Pompeo an unacceptable choice for secretary of state.

It’s becoming increasingly difficult for people of the Christian faith to practice their religion in the public marketplace. Religious liberty is under attack — as evidenced by today’s sordid congressional hearing.

The cold, hard reality is there are some in Congress who believe that Christians who believe in the Biblical definition of marriage should not be allowed to bake cakes, sell wedding dresses, own flower shops or become secretary of state.

Sen. Booker publicly shamed Mr. Pompeo because of his deeply held religious beliefs. That is disgraceful and it’s bigoted and it’s downright un-American.