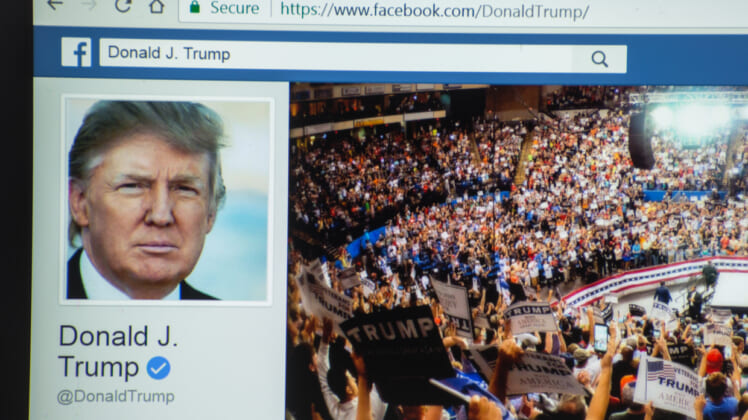 “Given the gravity of the circumstances that led to Mr. Trump’s suspension, we believe his actions constituted a severe violation of our rules which merit the highest penalty available under the new enforcement protocols,” Facebook’s vice president of global affairs Nick Clegg said in a blog post.

“We are suspending his accounts for two years, effective from the date of the initial suspension on January 7 this year.”

After two years, Clegg said Facebook officials “will look to experts to assess whether the risk to public safety has receded.”

He added: “We will evaluate external factors, including instances of violence, restrictions on peaceful assembly and other markers of civil unrest. If we determine that there is still a serious risk to public safety, we will extend the restriction for a set period of time and continue to re-evaluate until that risk has receded.”