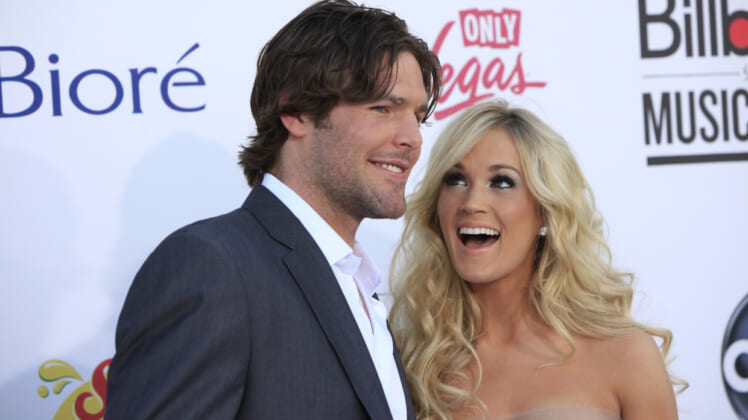 One of the vocal supporters who stood by Green Bay Packers quarterback Aaron Rodgers was Carrie Underwood’s husband, Mike Fisher, who gave his support in an Instagram post.

“I stand with @aaronrodgers12,” the post read. “I believe in the freedom to choose what we put in our bodies and the freedom of conscience. I agree with him in that the science clearly shows the vaccinated spread covid at basically the same rate as the unvaccinated.”

“The @nhl @nfl and other leagues are ignoring the science and choosing to coerce and punish unvaccinated players with these restrictions,” the post continued. “If they really cared about people’s health they would have daily testing for all. But these past 2 years has clearly shown us that this is not about our health, it’s about control over our lives.”

The “If I Didn’t Love You” singer upset fans on social media for “liking” her husband’s comments.

“Carrie Underwood being anti vaxx is not surprising, but somehow it still hurts,” one user tweeted.

“When I learned Carrie Underwood was anti-masks in schools she was gone from my library. 100+ songs and my 4th played artist of all time. Not worth children’s lives,” another stated.

This isn’t the first time Underwood is facing backlash from the woke mob. In August, she upset the Left for liking a video of conservative columnist Matt Walsh speaking out against mask mandates in schools.

Rodgers has been attacked by late-night television hosts, the media, and others after admitting that he is not vaccinated and does not plan to get the COVID19 vaccine.

Rodgers went on the Pat McAfee Show last week where he explained why he wasn’t getting the shot.

“I’m not an anti-vaxx, flat-earther. I have an allergy to an ingredient that’s in the mRNA vaccines,” said Rodgers on the Pat McAfee Show. “I found a long-term immunization protocol to protect myself and I’m very proud of the research that went into that.”

After this happened, Rodgers got backlash from multiple media outlets and was dropped by Prevea Health, a Wisconsin Health Organization which he once partnered with. As of now, State Farm is still standing by him.