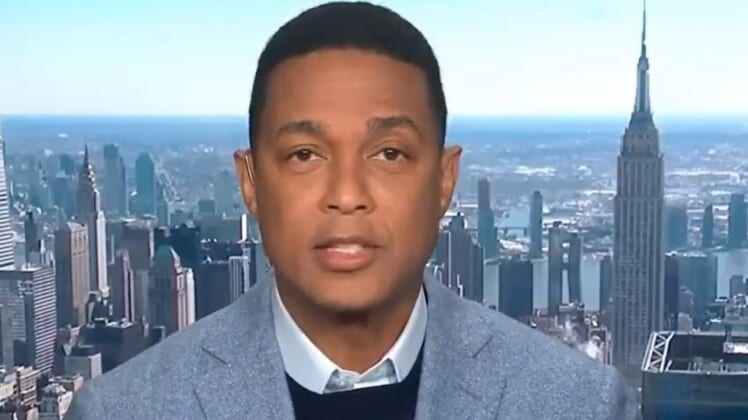 CNN anchor Don Lemon is under fire for claiming Americans need to see the “true identity of Jesus” in their homes as “black,” “brown,” or “Muslim.”

Lemon, who is facing accusations he sexually harassed a man in a New York bar, suggested what needs to happen for racial healing to the ladies of ABC’s “The View” earlier this week.

Christ should be viewed as “a black Jesus or a brown Jesus, because we know Jesus looked more like a Muslim or someone who was dark rather than … a blond-looking carpenter,” the 55-year-old anchor said.

He added: “Jesus does not look like the popular depiction that we have in our churches and in our homes and that we see all over the media. And I think that is a good place to start and that is a good place that your kids ask questions and then you can go from there. And then we can come to a true reality about what America really is.”

Michael Dickson, executive director of Stand With Us, took issue with Lemon’s comments in a Twitter thread.

Dickson said Lemon “inadvertently contributed to the erasure of Jewish identity … Jesus was a Jew.”

“He was a dark-skinned, Jew hailing from Bethlehem in Judea, the ancestral Jewish homeland (Jew=from Judea, today the State of Israel),” he wrote.

“Omitting the actual truth erases the very identity, heritage and birthplace of Jewish people. It also denies the diversity of Jews, who are black, brown, white and everything in between,” Dickson concluded. “I am sure this was not your intention and hope you will correct the record.”

Lemon, in the same interview, also blasted the Vatican for saying the Catholic Church cannot bless same-sex unions, claiming that is “not what God is about.”

This isn’t the first time the CNN pundit has been under fire for making heretical claims about the Messiah.

Last year, Lemon also falsely claimed Jesus “admittedly was not perfect” when he was on earth.