Katie Couric Calls For Pro-Trump Lawmakers to be “Deprogrammed” 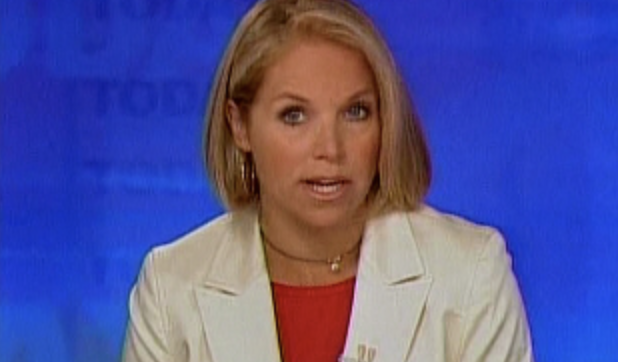 Courage is doing the right thing when it is unpopular.

The rest is called going with the crowd.

The former co-anchor of NBC’s “Today” show visited the set of Bill Maher on Friday and worked to prove to the audience just how much she loathed President Trump and his supporters in the Republican Party.

She expressed her contempt that lawmakers who bristled at newly installed metal detectors in the Capitol and was aghast that “many of these members of Congress believe the “garbage that they are being fed 24/7 on the internet, by their constituents, and they bought into this big lie.”

“And the question is how are we going to really, almost deprogram these people who have signed up for the cult of Trump,” she said.

Judging by Couric’s past judgment of character, perhaps she should not be the person the country looks to as its moral compass.

During the fallout from the Matt Lauer scandal, Couric said she was surprised as anyone over allegations about her longtime co-host.

“It’s been painful for me on many levels, especially when it comes to understanding what was going on with Matt, who I think ultimately turned out to be two very different people, in terms of my relationship with him versus some of the other things that were going on,” she said, according to Variety.

In May, Lauer posted a 4,800-word column and said he was falsely accused of rape by a former NBC producer. He claimed, “Brooke Nevils ever use the words “assault” or “rape” in regards to any accusation against me while filing her complaint with NBC in November of 2017. That has been confirmed publicly. NBC never suggested I was being accused of such an offense when I met with their attorney on Nov. 28 of that same year. They have also confirmed that publicly.”

Lauer said the rush to judgment in the media was “swift.”

“In fact, on the morning I was falsely accused of rape, and before I could even issue a statement, some journalists were already calling my accuser “brave” and “courageous.” While the presumption of innocence is only guaranteed in a court of law, I felt journalists should have, at the very least, recognized and considered it,” he wrote.

The allegations appeared in Ronan Farrow’s “Catch and Kill,” and Farrow stood by the report, according to KTVU.

Couric told Maher that she hopes for a “Hollywood ending” in Washington. She said she hopes Sen. Mitch McConnell is heroic and votes to convict the president and he can never run for office again.

“So, hope springs eternal,” she said.