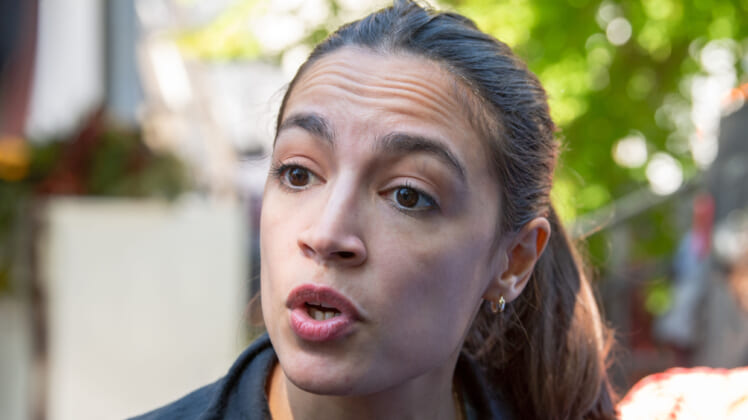 In a recent interview with The Washington Times, Ocasio-Cortez, D-N.Y., attempted to dismiss the growing problem, saying that “we have to talk about specifics because, for example, we’re actually seeing a lot of these allegations of organized retail theft are not actually panning out. I believe it’s a Walgreens in California cited it, but the data didn’t back it up.”

TRENDING: Gaetz Talked to Trump About Installing Him as House Speaker

Republican politicians and business leaders, however, have been extremely vocal in slamming her remarks. Walgreens told The Washington Times that “organized retail crime is one of the top challenges” the company faces and that the issue “has evolved beyond shoplifting and petty theft to the sale of stolen and counterfeit goods online.”

Jason Brewer, Retail Industry Leaders Association senior executive vice president of communications, added that “the congresswoman has no idea what she is talking about. Both the data and stack of video evidence makes fairly clear that this is a growing problem in need of solutions.

“If she is not concerned with organized theft and increasingly violent attacks on retail employees, she should just say that.”

Rep. Jim Banks, R-Ind., said AOC’s comments were “tone-deaf and offensive” to the family of Oakland security guard Kevin Nishita, who was shot and killed in November while protecting a news crew reporting on a smash-and-grab crime.

In an attempt to halt the wave of smash-and grab crimes, Newsom has boosted California Highway Patrol’s presence along highways near major shopping locations and urged mayors to “step up” and hold perpetrators to account, adding that “these are not victimless crimes, and I have no empathy for these criminal elements,” Fox News reported. Continue reading at Newsmax.