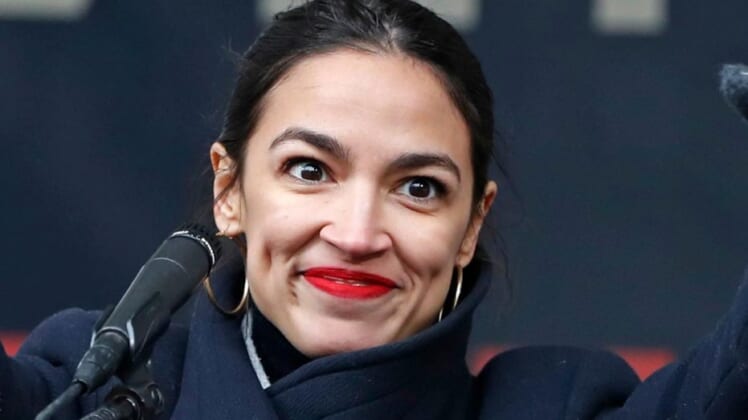 “Is anyone archiving these Trump sycophants for when they try to downplay or deny their complicity in the future?” she asked. “I foresee decent probability of many deleted Tweets, writings, photos in the future. Lol at the “party of personal responsibility” being upset at the idea of being responsible for their behavior over the last four years.”

Her remarks were widely condemned on social media and a reminder to many of who will be in charge of a Joe Biden White House. The post played well for her small base, but Biden’s struggle in the minority vote nationwide showed her national influence ends at the Brooklyn-Queens Expressway.

TODD STARNES: WE ARE WATCHING A SLOW-MOVING COUP

James Woods, the outspoken conservative actor, asked her if she is “literally making lists.

“I understand you’re an ignorant nitwit who’s never had a passing acquaintance with a history book, but political lists are EXACTLY what Communists do. Lenin, Stalin, Pol Pot, Castro. So put me at the top of your list, you moron. I’d be honored.

Emily Abrams, who identified herself on Twitter as a worker for the Pete Buttigieg campaign, also tweeted that “we’re launching the Trump Accountability Project to make sure anyone who took a paycheck to help Trump undermine America is held responsible for what they did.”

Hermeet K. Dhillon, the lawyer and Republican Party official, responded, “Fascist Friday! I didn’t take a paycheck—I write checks—but feel free to include me on your psycho McCarthyism grift project.”

Conservatives have long held that Biden is merely a Potemkin candidate and the real power behind his presidency would be Sen. Kamala Harris, his running mate, and the likes of Ocasio-Crotez and her Squad. The Squad are masters at cancel culture and Ocasio-Cortez just proved that they have no desire of bringing the country together. They are looking to take names and want to, not only defeat Trump, but defeat his supporters for generations.

Trump has not conceded and has vowed to fight the election results due to allegations of widespread voter fraud in swing states. Rep. Jim Jordan, R-Ohio, told Fox News on Friday night that this is the first election in the country’s history where a political party—the Democrats—set out to win an election after the election.