Black Lives Matter Tells Biden: ‘We Want Something for Our Vote’ 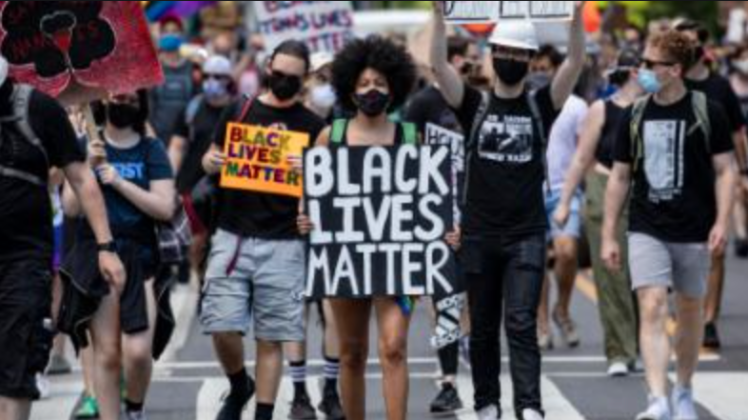 Patrisse Cullors, the Black Lives Matter co-founder, reportedly sent a congratulatory letter to Joe Biden and Sen. Kamala Harris after the 2020 election and pointed out the role that the black vote played in handing them a victory.

“In short, Black people won this election,” Cullors wrote, according to The Federalist. She went on to write that the U.S. continues to refuse to “directly reckon with the way that it devalues Black people and devastates our lives.”

She continued, “We want something for our vote. We want to be heard and our agenda to be prioritized.”

Biden was criticized earlier this year for taking the black vote for granted and, stunningly, said in an interview that if blacks don’t vote for him, they are not black. NBC News reported that Biden managed to still take in 80% of the black male vote, compared to 82% for Hillary Clinton in 2016.

In 2019, Harris told The Root that she thought that there should be some reparations for black people in the country, according to USA Today.

“You cannot tell me that everyone is equal in a society when everyone doesn’t have an equal path to opportunity for success,” Harris said. we’re not going to be able to correct course without a serious intervention, and so we need to have that conversation about what that intervention should look like.”

Newsweek pointed out that Biden’s economic plan to combat racial inequality in the U.S. does not mention reparations. The move seems to be unpopular and an ABC News/Ipsos poll showed 26% in this country are opposed to the idea. The website interviewed an economist at Duke last July who said Biden “never has suggested that he supports African American reparations, and it would be startling if he were to change directions at this time.”

There is also evidence that a Biden presidency has not been embraced by rioters in Portland, who have protested allegations of police brutality since the death of George Floyd in police custody. “F—k Biden” and “No Presidents,” were just some messages that were reportedly written in graffiti on the Multnomah County Democrats building. Newsweek reported that Rachelle Dixon, a Black Lives Matter leader in the county, said she was “disappointed” by the actions.