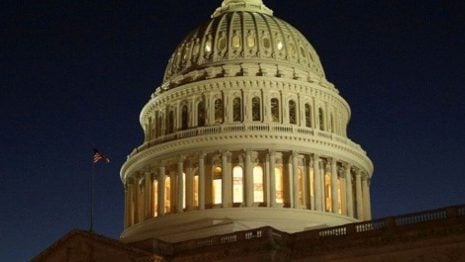 Dave Brat, the dean of the School of Business at Liberty University, told the “Todd Starnes Show” on Monday that he holds the Republican leadership culpable for some of the chaos following last week’s presidential election.

He pointed to states like Virginia, his home state, that he said has no Republican infrastructure. He also blamed the Republican Party in general for never forming a cogent message to the public in support of President Trump who was not only facing off against Joe Biden, but a news media that waited four years to see his demise.

GIULIANI: PENNSYLVANIA, THE STATE WHERE DEAD PEOPLE GO TO VOTE

“It makes you a little skeptical that maybe even our own side is looking forward to going back to business as usual…China is going to grow, let’s make some deals…get rich…We’ll be in power, Trump’s gone…I hate to view it that way, but when you hear the radio silence on the major issues of our day from our party, I’ve got to conclude…”

Much remains to be seen about how the presidential eventually plays out. Attorney General William Barr will reportedly instruct Department of Justice officials to probe “substantial allegations” of voting irregularities, according to Fox News.

Todd Starnes, the host of the show, said he does not believe that Trump would risk his legacy by trying to pursue something that will not materialize. He said that Trump was out playing golf this weekend and relaxing.

“That tells me he knows something that we don’t know,” Starnes said.

Brat said all the evidence to support Trump’s claims about widespread voter fraud have not been presented yet, but he said it is alarming that all the glitches that are being discovered seem to benefit Biden.

“The probability of that happening is zero,” he said.

Brat said Democrats have been calling for unity after the election, but a News Daily Poll with Scott Rasmussen showed more than 1/3 of voters side with Trump and believe he won the election, according to JustTheNews.com. Only 12% of Republicans believe Joe Biden won the election.

Starnes said that the risks for the Republican Party could not be greater. He pointed to Sen. Lindsey Graham who said in an interview on Sunday that “from a Republican point of view, mail in balloting is a nightmare for us…It’s the Wild-Wild West…Everything we were worried about has come true, so if we don’t fight back in 2020, we’re never going to win again, presidentially.”