Cities Across US Prepare for Anarchy After Election 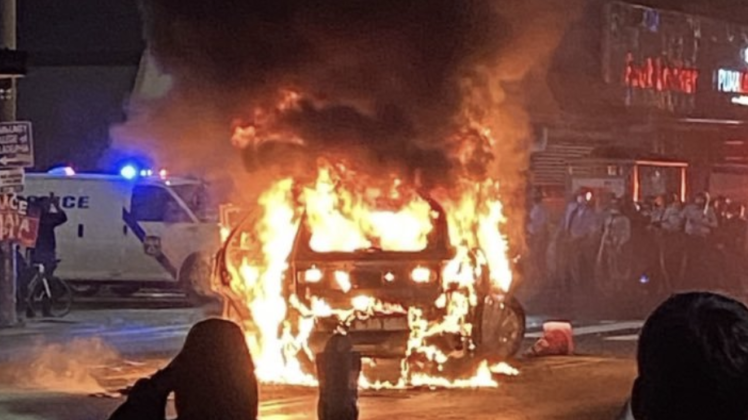 Major cities across the U.S. are taking steps to limit property damage after the outcome of next week’s election by boarding up storefronts, refusing vacation requests for police and keeping the National Guard prepared to be deployed.

Cities across the U.S. continue to be targeted by looters and rioters that have caused widespread destruction in the name of social justice. Nightly protests continue in Portland and, earlier this week, rioters ransacked stores in Philadelphia over a fatal police shooting. Similar violent outbreaks have occurred in Kenosha, Wis., New York and Chicago.

“I’m usually a very positive person; I hope for the best,” Alex Provenzano, a salon owner in downtown Washington, D.C., told USA Today. “But the people are very stressed out, and there is a lot of uncertainty in the country right now. It’s pretty scary.”

The report said that there are “large swaths of downtown Washington, within blocks of the White House.” Rodeo Drive, the iconic street in Beverly Hills that is is home to stores like Gucci and Louis Vuitton, will reportedly be closed on Election Day. The Hill reported that a YouGov poll showed that 56 percent of voters believe there will be an increase in violence following the election.

Fox News reported that there is an increase in governors who are considering deploying the National Guard to stem any violence during the election. The report said Wisconsin and Arizona will activate the National Guard. Gov. Doug Ducey, the Arizona Republican, said he would not hesitate to deploy the troops.

The New York Police Department told businesses in Midtown Manhattan that they should consider taking additional steps to protect their property, according to the Wall Street Journal. The paper said it obtained a letter from the NYPD to these business owners to employ similar preparations seen during “major planned events such as New Year’s Eve, Macy’s July 4 Fireworks and the Thanksgiving Day Parade.”

The New York Post reported on Thursday that some of the city’s most wealthy residents are hiring armed, personal security guards prior to the election. The city’s Time Warner Center reportedly hired off-duty cops with “submachine guns” for election night.

“There will be officers with submachine guns,” the source said. “We’ve always had immense security, but there will be more. We’ll have extra patrols. The entire building can be shut down with one button.”