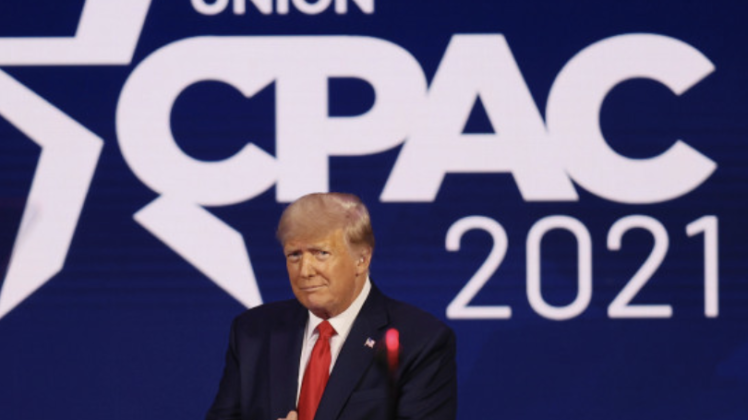 “What happens at CPAC, you introduce new conservatives to the national audience, and in a way you guys sort of become kingmakers…” – Todd Starnes

The Todd Starnes Radio Show host already set the record straight about the so-called “Nazi” stage at the event held in Orlando, Florida.

“It’s part of a process of dehumanizing conservatives and this goes back to Hillary Clinton and the ‘irredeemable deplorables,’ what Biden called us the ‘dregs of society’ and then most recently ‘Neanderthals,'” Starnes said Friday on his show.

“This is part of an ongoing effort on the Left,” he added, speaking to Matt Schlapp, the chairman of the American Conservative Union.

Schlapp noted Trump’s approval rating has increased every year at CPAC over the last five years with this year topping out at 97% approval.

“What happens at CPAC, you introduce new conservatives to the national audience, and in a way you guys sort of become kingmakers, at least putting these individuals out there,” Starnes noted.

Schlapp pointed to Governors Kristi Noem of North Dakota and Ron DeSantis of Florida as future leaders of the conservative movement, adding Trump has expanded the Republican Party.

Starnes added: “President Trump has radically transformed the Republican Party and followed through on that Reagan promise of that big tent party for America.”

The conservative leader said the GOP is not the party of cancel culture.

“We’re not the ones looking to control how people live their lives … everything we can eat, what we have to drink,” Schlapp concluded. “[The Left wants] to control every part of our lives.”