Diamond & Silk: “This Samantha Bee Girl Needs to be Fired” 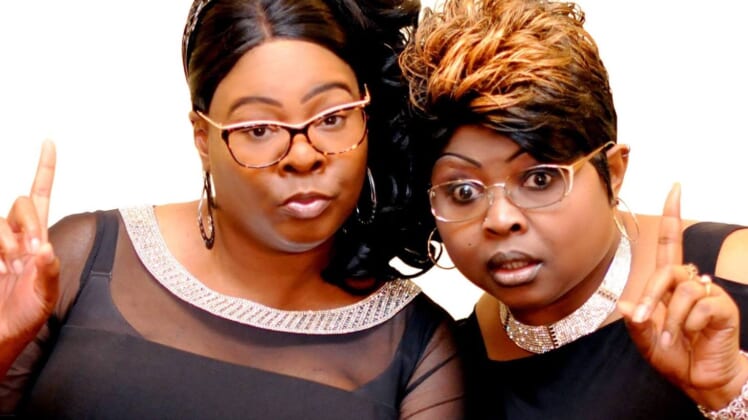 Ivanka Trump posted a picture of herself and her son on social media after recent reports of the separation of undocumented families and their children. Bee criticized the “oblivious tweet”, using a crude word to describe Ivanka Trump on Bee’s television show. Diamond and Silk think Bee should be fired for her offensive comments.

“Listen, if you’re on a network and you’re spewing that type of vulgarity and that type of language as if it’s nothing, for millions of people to hear about the first family, there’s no tolerance for that,” Diamond said.

“You know, her last name is Bee,” Silk added. “So, it really matches her.”

Sarah Sanders, the White House Press Secretary, said in a statement that she was “appalled” by the “silence from the left” on Bee’s comments.

“(Sanders) is absolutely right,” Diamond said. “We always talk about the hypocrisy. Now, if somebody on the right would have said the same thing about somebody under the Obama administration, all chains and fences would have broken loose. You would have demanded that their careers end.”

Diamond pointed out the irony of the media’s silence on Bee’s insult. Diamond and Silk paralleled the incongruity of the situation with examples from their own lives, explaining they had faced racism from other African-Americans who didn’t like their conservative viewpoint.

“If we’re going to talk about racism in this country, we have to talk about it clear across the board,” Diamond said. “Nobody has any business calling other people names like that, and this girl Samantha Bee needs to be fired.”

Starnes then asked for Diamond and Silk’s opinions on Michael Eric Dyson’s statement that Trump had “unleashed horrendous viewpoints” about racism.

“What is so bigoted about making sure Americans come first?” Diamond asked. “You’ve got to understand that this is the way the left operates. These are their talking points because they’re trying to win an election.”

Starnes highlighted the fact that when white people are accused of being racist, it “shuts them up because they’re terrified.”

“You can’t point a finger (and say) because you’re white and you said it, you’re racist,” Diamond said. “Well, if you’re black and you said the same thing, then you’re racist! It’s got to be even across the board.”