“It’s crazy to think that House members are offended by the mere fact that I’m quoting Scripture.” 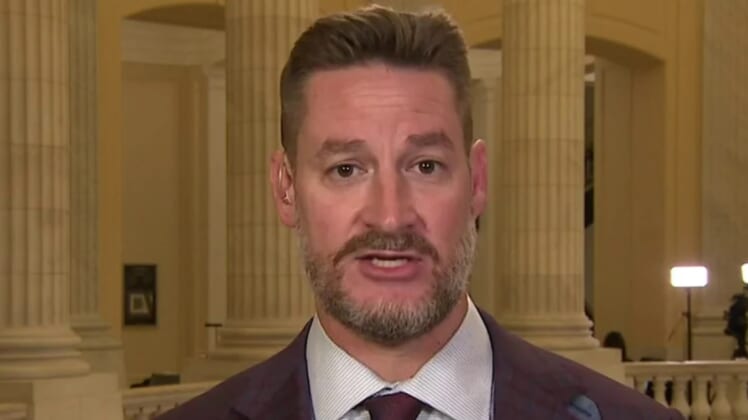 Rep. Greg Steube (R-FL) hit back on the Todd Starnes Radio Show against Rep. Jerry Nadler (D-NY) and other House Democrats who took issue with his comments on the Equality Act.

“What any religious tradition describes as God’s will is no concern of this Congress,” New York Democrat Jerry Nadler said on the floor.

Steube told nationally syndicated radio host Todd Starnes the words “In God We Trust” were written in the House chamber above where Nadler was speaking.

“It’s crazy to think that members are offended by the mere fact that I’m quoting Scripture,” the conservative lawmaker told Starnes on Friday.

“That didn’t come from me, that was the Bible, so if you want to say that’s crazy talk and you don’t believe it, that’s fine but you’re rejecting the Word of God and you’re rejecting God,” he added.

The vast majority of people in his Florida district are “appalled” by the bill, he said, adding they think it’s “absolutely absurd” to allow biological men to compete against young women in high school and college athletics, as well as allowing them to shower and be in the locker room with them.

“I mean everything that they’re doing in every bill that they have, they’re trying to push this [genderless] belief system on America,” Steube concluded.

Starnes said this is the fruit from when the Democratic Party tried to vote God out of their platform in 2012 and blames Never Trump Republicans for allowing Biden to occupy the White House.

Dr. Robert Jeffress, the pastor of First Baptist Church in Dallas, slammed the Equality Act as the “anti-religious liberty act” and said Nadler “pulled back the mask” of the godless “radical takeover of our country.”

“Because taken at its face value, it would force churches like mine or synagogues or mosques to hire clergyman that violate the basic beliefs of that organization,” he said in part on Friday’s show.

The end game is to “silence Bible-believing Christians and churches that have to stand up and oppose those which God has condemned,” Jeffress concluded.