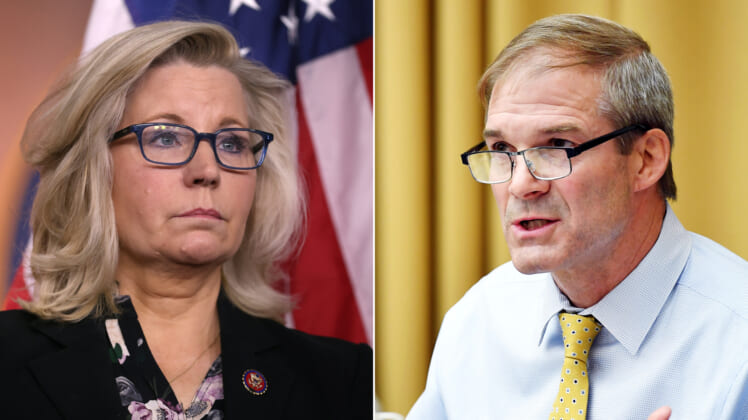 “I don’t think she will,” Jordan said during an interview with nationally-syndicated radio host Todd Starnes. “Should you have as a spokesperson for your conference someone who 90 percent of the Republican Party disagrees with?”

Cheney, who has been a fierce critic of President Trump and other conservative lawmakers, survived an attempt to oust her earlier this year. Jordan says he believes if a new vote were held there would be a very different outcome.

“Without question, the people in the Republican Party know that Donald Trump is the leader and that’s the kind of party we want to be in the future and we need to have as a spokesperson someone who understands that and is doing more than giving us Democrats talking points but is actually talking about the issues Republicans care about,” Jordan told Starnes.

“I think there is likely to be a change,” he added.

We are now a populist party rooted in conservative principles,” he said. “The leader of that party is President Trump. He did more of what he said he would do than another other president in our lifetime. He had an amazing four years in spite of relentless attacks from the left, from the mainstream press and unfortunately from some Republicans. And yet he was able to get so much done for the good of this nation.”