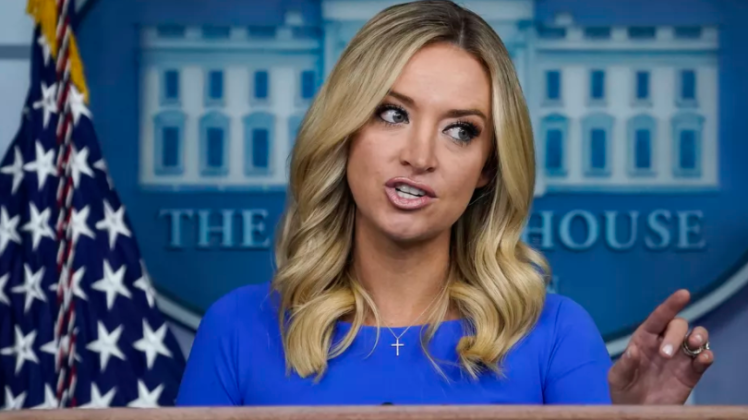 White House Press Secretary Kayleigh McEnany told the “Todd Starnes Show” on Monday that anti-Trump Democrats continue their attacks on his supporters and she said she is optimistic about the president running for reelection on his record.

Todd Starnes, the host of the radio show, pointed to a newly released Gallup poll that  showed 56% of Americans believe they are better off now than they were four years ago. The poll was remarkable because millions of Americans are out of work due to coronavirus and the country continues to deal with the virus’ health risk. Trump has used the poll to show that even with these obstacles Americans are still confident with his leadership.

NANCE: ACB ‘TRIGGERED’ DEMS BECAUSE SHE IS A BRILLIANT JURIST GUIDED BY HER FAITH

The same poll asked Americans who they believe will win in the 2020 elections, and found that 56% think Trump will carry the day, compared to 40% who believe Biden will win.

The anti-Trump feeling in the media and the Democrat Party seems to be reaching its peak.

Keith Olbermann, the ex-MSNBC anchor, posted a bizarre video last week and said that President Trump and his “enablers” must be “prosecuted and convicted and “removed from our society.” He said trump and the “MAGGOTS” Need to be moved off the stage while the country tries to clean up the mess they left behind.”

Starnes said attacks like these are not new for Trump supporters, who’ve been called “deplorable” by Hillary Clinton. McEnany said it seems Clinton started the trend and the personal attacks have been steady ever since.

She pointed to the vitriol that Judge Amy Coney Barrett has faced from Democrats for practicing her Catholic faith.

“People should know where the Democratic Party stands today and it is squarely against the faith community, it seems… based on these attacks we’ve seen against Judge Barrett,” she said.

McEnany said Trump is happy to run on his record because his list of achievements is long. She pointed to his three Supreme Court picks, his success in bringing peace in the Middle East and his foreign policy that has led to Iran being more isolated on the world stage.

“The facts tell the story an I hope, ultimately, the American people recognize that,” she said.