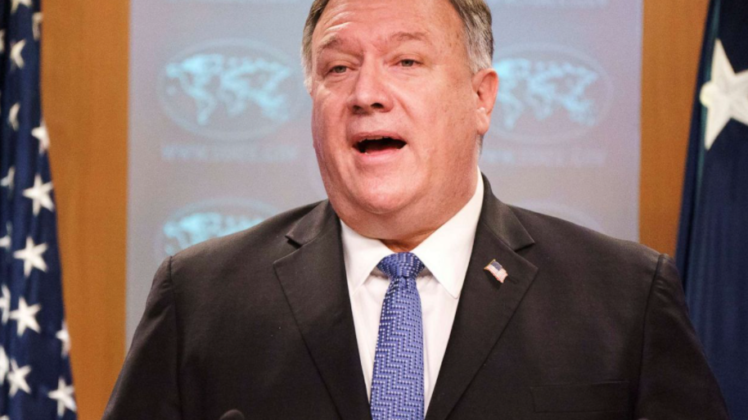 U.S. Secretary of State Mike Pompeo triggered the mainstream media on Tuesday for not bowing down to a Joe Biden presidency and suggesting that there would be a smooth transition… “to a second Trump administration.”

Supporters of President Trump have said the media has been working overtime to get the public used to Biden as the newly elected president. CNN’s Brian Stelter couldn’t help but imagine a normalized relationship between journalists and a Biden White House and the New York Times has released puff piece after puff piece about the Biden transition, and the names of his dogs.

Politico’s report on Pompeo worried aloud about his comments but comforted itself by hinting that Pompeo could have been joking, even though Trump and his legal team appear very serious about following up allegations of widespread voter fraud and clandestine ballot-counting in swing states.

The Politico report said that Pompeo, who held a press conference at the State Department, appeared to get annoyed at the questions about the election and called on every legal vote to be counted.

“He has eviscerated his credibility internationally because I think there are very few people, even in the US government, who believe that’s the case,” Bolton told CNN. “I don’t know why I had to have that briefing and I don’t know why he felt he needed to make that statement, maybe other than to avoid being fired like others or being throughout the administration. But it’s delusional.”

Pompeo completed his remarks by saying that there will be a smooth transition no matter who is elected president.

“The world should have every confidence that the transition necessary to make sure the State Department is functional today, successful today, and successful with the president who is in office on Jan. 20, a minute after noon, will also be successful.”

Pompeo said that he is extremely confident that the department will carry out its duties with the transition plans in place.

Rudy Giuliani, Trump’s personal attorney, told the “Todd Starnes Show” on Monday that the president’s team has filed lawsuits that he estimates will nullify hundreds of thousands of bogus ballots in Pennsylvania alone.

“Those ballots will have to be discarded, they will have to be nullified,” he said. “They’re unlawful ballots. The law of Pennsylvania requires that the Republican Party be given a chance to observe the ballot, to make sure that the mail-in ballot is legitimate. We all know how much fraud can happen with a mail-in ballot.”