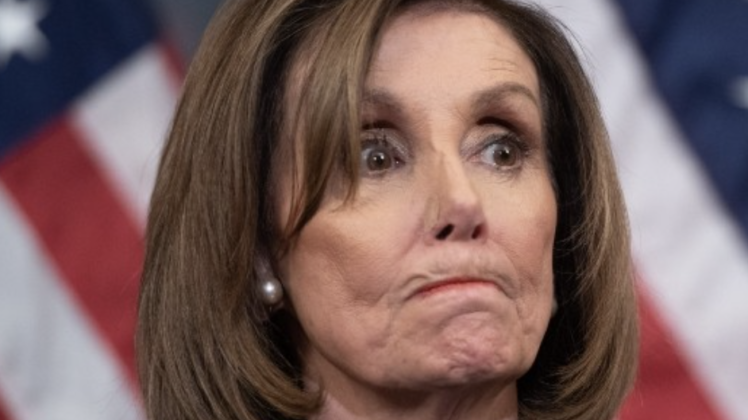 Rahm Emanuel, President Obama’s former chief of staff, once paraphrased the Winston Churchill quote and said, “You never want a serious crisis to go to waste.”

Since the beginning of Trump’s presidency, Democrats have been trying to push the narrative that Trump was somehow mentally unstable, and this week’s violent protest at the Capitol has given Pelosi their last and best shot are removing Trump from office.

Pelosi, who is considered by many to be the shrewdest politician in D.C., announced Friday that she spoke to the Chairman of the Joint Chiefs of Staff Mark Milley “to discuss available precautions for preventing an unstable president from initiating military hostilities or accessing the launch codes and ordering a nuclear strike.”

Pelosi is now trying to sell to the public that the president who got us into a total of zero new wars and did more to advance peace in the Middle East than all recent presidents combined, will now essentially bring the country down with him.

The media has taken their positions right behind Pelosi. Forbes blared the headline, “Enraged and Isolated, Donald Trump Still Has Sole Control of America’s Nukes; Slate ran a headline, “Trump Still Has the Power to Blow Up the World.”

Time magazine reported that the president has the “sole launch authority over the country’s nuclear arsenal.”

Dr. Jeffery Lewis, an arms control expert, tweeted that there is no way to legally prevent the president from launching a strike.

“The president has sole, unfettered authority to order the use of nuclear weapons with no “second vote” required. If you think that’s crazy, I agree with you. But many people being appointed by Biden to national security jobs disagree with us,” wrote.

Media outlets seem to forget that it was Sen. Joe Biden who championed the Iraq war. The Guardian reported that Biden did “vastly more than just vote for the war.”

There is nothing new under the sun. Trump and nuclear bombs have been a fascination of reporters who’ve used the combination to sell fear. Axios—citing unnamed sources– reported in August 2019 that Trump “suggested” nuking hurricanes to stop them from hitting the U.S. (Trump denied).

Democrats—who literally cheered on anarchists in Portland and Seattle when they burned police stations and tried to breach federal buildings are now trying to call Trump a rabble-rouser. But there is a real risk that they begin to get greedy and overplay their hands.

Politics, like sports, is all about momentum and Democrats—who once again benefit from media coverage that read like press releases from the Democratic National Committee—are trying their best to capitalize on what happened at the Capitol.