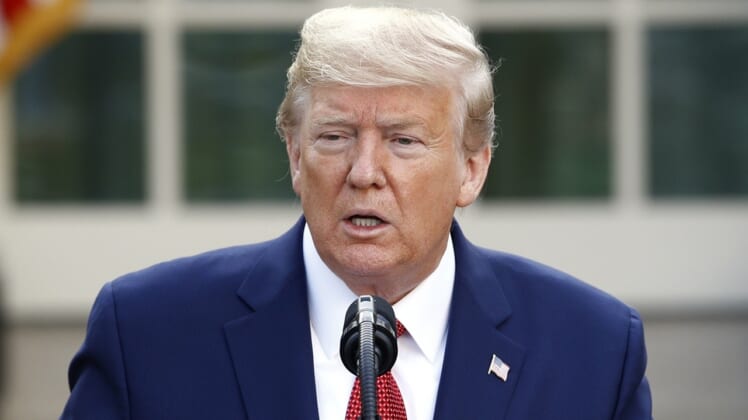 Liz Harrington, a spokeswoman for the Republican National Committee, told the “Todd Starnes Show” on Thursday that Americans should not stop trusting, should not lose faith and the truth will ultimately prevail in the 2020 presidential election.

“We’ve had voters who have been disenfranchised,” Harrington told Starnes. “Why is it Democrats always do everything in the dark of night? This is fraud. They are out to steal this election.”

Harrington blasted news outlets that sat on Florida for five hours before calling the state for President Trump—who won the state with ease—and yet called a Joe Biden victory in Arizona while votes continue to be counted in the state.

“President Trump is outperforming these counties,” she said. “We won Arizona. We’re going to win Arizona. It’s going to be done. We won Pennsylvania. Why did they stop the count? Why is the media and why is Big Tech censoring my tweets as we speak?”

“President Trump won this election in a landslide,” she said. “There was a Red Wave.”

TODD STARNES: WE ARE WATCHING A SLOW-MOVING COUP

She said Trump was not the only Republican to emerge victoriously. She pointed to how others picked up seats in the House.

Todd Starnes, the host of the radio show said, judging by late polls, Republicans won by a tsunami. He asked Harrington to provide the latest update on the vote counting occurring in Arizona, Pennsylvania and other key states.

“Well, what I can tell you is that we won,” she said. She continued, “We have voters who have been disenfranchised from the Democrat voter scheme—the mail-in voting. People showed up to the polls and they were denied their vote because someone else has cast their ballot for them. That’s fraud.”

She said that polling centers in Kent County, Mich., and she said that is just one example of the widespread fraud tied to the 2020 election that somehow seems to almost magically tipping in Joe Biden’s favor.

“Why is it that Democrats always do everything in the dark of night? Why is that there’s mobs in the street, [Rep.] Adam Schiff and the SCIF [where he held secret impeachment depositions], remember? We’re going to have to start storming these SCIFs. Right? They’re doing it in Detroit; they’re doing it in Philadelphia…they’re trying to block our poll-watchers out. This is fraud. We know exactly what they’re doing.”