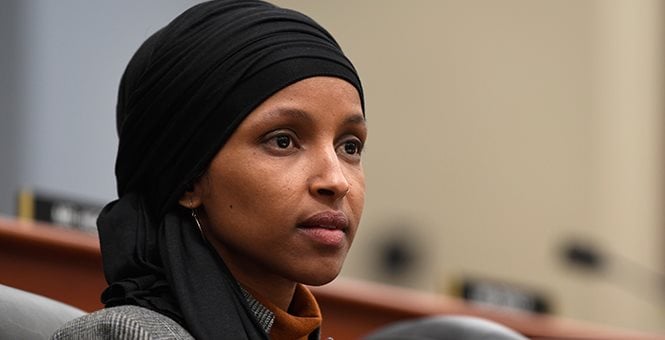 “It’s one thing to have personal opinions but they’ve actually adopted rhetoric and policy that is just filled with anti-Israel hate,” Zeldin said on The Todd Starnes Radio Show.

Following a tweet from President Trump, Israeli leaders announced they would not allow the Muslim lawmakers into the country, citing their support of an anti-Israel movement.

Israel later said that Tlaib could come visit her relatives in the West Bank on humanitarian grounds, but Tlaib decided not to go “under these oppressive conditions.”

“Israel was consistent this entire time that they would grant a request by Tlaib to visit on humanitarian grounds, as long as she wasn’t promoting the Boycott, Divest, and Sanctions (BDS) movement,”  Zeldin told Starnes. “You’re seeing statements made by Tlaib and allies outside of government, inside of government, and including members of the media, with a certain narrative of trying to make Israel look bad or make Prime Minister Benjamin Netanyahu look bad or make President Trump look bad.”

Zeldin added the representatives missed an opportunity to go with Republicans and Democrats for meetings not only with the Israeli prime minister, but also Mahmoud Abbas of the Palestinian National Authority.

“They need to expose themselves on both sides of this issue and engage in productive substantive dialogue if they ever want to make any progress.”

Zeldin said Representatives Tlaib and Omar have pushed an agenda for months that favors weakening and delegitimizing Israel.

“The BDS movement is one that’s filled with anti-Israel hate, and around the country we see blatant anti-Semitism in the name of BDS,” Zeldin continued. “You don’t see the BDS movement distancing itself from Hamas, which is a designated foreign terrorist organization.”

Last month, Tlaib compared the boycott of Israel to a boycott of Nazi Germany.

In a 2012 tweet, years before she was elected to Congress, Ilhan Omar accused Israel of hypnotizing the world. In February 2019, Omar said “It’s all about the Benjamins” in a tweet about the American Israel Public Affairs Committee (AIPAC), a pro-Israel lobbying group.