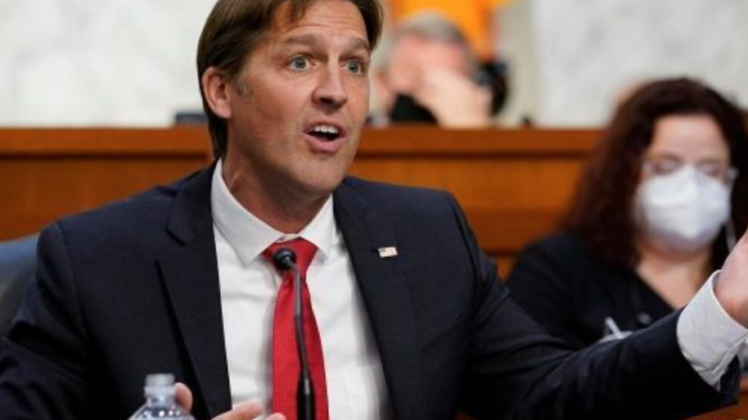 Todd Starnes, the host of the “Todd Starnes Show” called out Sen. Ben Sasse, R-Neb., who was caught in a recorded phone conversation lobbing bombs at President Trump.

Starnes said the anti-Trump Republican should have the courage to make those same comments in public.

The leaked audio came from a telephone town-hall meeting that the Nebraska senator had with his constituents earlier this week, according to NPR. Sasse sounded like he was addressing a crowd at a fundraiser for House Speaker Nancy Pelosi.

“I’m not at all apologetic for having fought for my values against his in places where I think his are deficient, not just for a Republican but for an American,” Sasse said. He continued, “The way he kisses dictators’ butts, I mean, the way he ignores that the Uighurs are in literal concentration camps in Xinjiang right now. He hasn’t lifted a finger on behalf of the Hong-Kongers,”

He went on to criticize the president over his treatment of women and how he “spends like a drunken sailor.”

“He mocks evangelicals behind closed doors. His family has treated the presidency like a business opportunity. He’s flirted with white supremacists,” he said.

Starnes took issue with Sasse on Friday because he said the senator wasn’t even accurate in his criticism. He said Sasse is “lying” and the president has not mocked evangelicals. Claims that Trump used his office to further enrich himself also fall flat, Starnes said. Starnes pointed out that Trump opted not to take a salary and evidence suggests that his businesses have suffered due to the unrelenting criticism in the media.

VIDEO: HARDLY ANYONE SHOWED UP AT BIDEN RALLY

“There’s no proof that this president has mocked evangelicals…none whatsoever,” Starnes said. Starnes said if Sasse can produce evidence that Trump has disparaged Christians behind closed doors he would denounce the president, but there is none.

Matt Schlapp, the chairman of the American Conservative Union, agreed with Starnes. Schlapp told Starnes that his wife, Mercedes, works with the Trump campaign.

“He treats her with respect, he asks her her opinion constantly… he brings her in on important decisions, he’s never done anything to make her feel shame and my daughters love him that he treats their mother that way,” Schlapp said.

Schlapp also said many protesters in Hong Kong have a high regard for the president because of his support and his willingness to stand up to China’s President Xi.

Schlapp said when he visited Hong Kong, he was told by protesters to thank Trump because they felt that for the first time, an American president “had their back.”