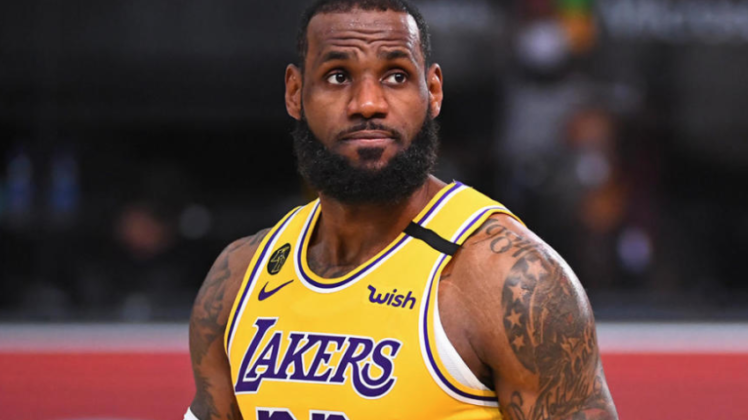 LeBron James can do it all!

The NBA All-Star– in the span of one week– has tried to carry both the Los Angeles Lakers and Sen. Kamala Harris to the finish line.

James took to Instagram and proved why the NBA Finals have such dreadfully low ratings. James had little to cling to, so he turned to the fly that landed on Pence’s head for about two minutes.

“Y’all know what flies favorite destination is right!!?? Yup you guessed it,” he posted with a “poop” emoji.

Jemele Hill, a contributing writer for the Atlantic, went into a tizzy on Twitter after the arrival of the fly, and also refered to the vice president as “s**t.”

Trump finds himself behind in many polls and is up against a news media that no longer tries to hide its bias; celebrities who get naked to support Joe Biden; and “woke” athletes like James who have a new level of visceral anger toward Trump.

The ratings for the NBA Finals have been historically low. The New York Post, citing Sports Media Watch, reported that Game 3 set a new low since the ratings were recorded, since 1984.

Adam Silver, the NBA commissioner, is reportedly stunned by the low audience, especially given that there are two major markets competing and James could win his fourth title. The Post reported that Silver said he doubts players will be allowed to wear the social-justice messaging on jerseys and BLM logo on the courts.

“I would say, in terms of the messages you see on the court and our jerseys, this was an extraordinary moment in time when we began these discussions with the players and what we all lived through this summer,” Silver told ESPN. “My sense is there’ll be somewhat a return to normalcy — that those messages will largely be left to be delivered off the floor.”