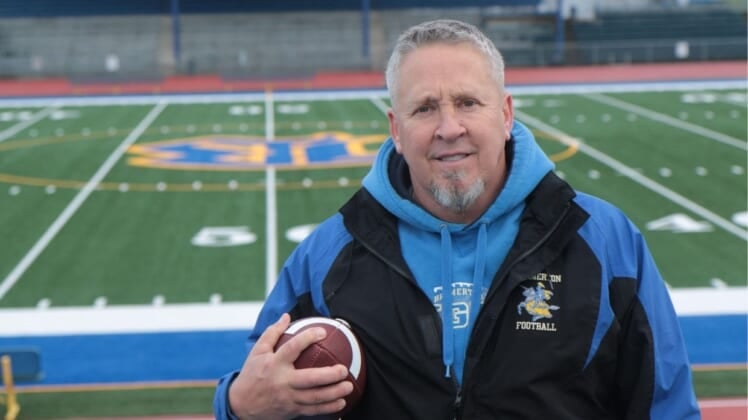 The Supreme Court announced Friday it will hear oral arguments for the case involving Coach Joe Kennedy, who is asking to reverse a lower court decision that allowed the school district to fire him for praying after football games.

Below is the full press release from First Liberty Institute:

Washington, DC—Today, the U.S. Supreme Court announced that it will hear oral arguments in the case Kennedy v. Bremerton School District, in which attorneys for First Liberty Institute and Kirkland & Ellis LLP, led by veteran Supreme Court advocate Paul Clement, represent Joe Kennedy.  Kennedy, a former high school football coach, is asking the Supreme Court to reverse a lower court decision that allowed a school district to fire him because fans and students could see him take a knee in silent prayer after football games.

“No teacher or coach should lose their job for simply expressing their faith while in public,” said Kelly Shackelford, President and CEO of First Liberty. “By taking this important case, the Supreme Court can protect the right of every American to engage in private religious expression, including praying in public, without fear of punishment.”

CLICK HERE TO FIND OUT WHY TODD SUPPORTS AMAC – THE ASSOCIATION OF MATURE AMERICAN CITIZENS!

Paul Clement, former U.S. Solicitor General, partner at Kirkland & Ellis LLP and First Liberty volunteer attorney, said, “We look forward to presenting the Coach’s case, which goes to the heart of the First Amendment, to the Justices.”

Coach Kennedy added, “Six years away from the football field has been far too long.  I am extremely grateful that the Supreme Court is going to hear my case and pray that I will soon be able to be back on the field coaching the game and players I love.”

The Supreme Court declined to review the case in January 2019, but allowed the lower courts to continue to develop the factual record.  At that time, four justices (Justice Alito joined by Justices Thomas, Gorsuch, and Kavanaugh) attached a statement signaling that the Court would be open to hearing the case at a future time, saying in part, “The Ninth Circuit’s understanding of the free speech rights of public school teachers is troubling and may justify review in the future.”  The case returned to the lower courts, where a three-judge panel of the U.S. Court of Appeals for the Ninth Circuit sided with the school district.

MyPillow CEO Mike Lindell’s Bank Tries to Cancel Him: ‘This Is a First for Me’