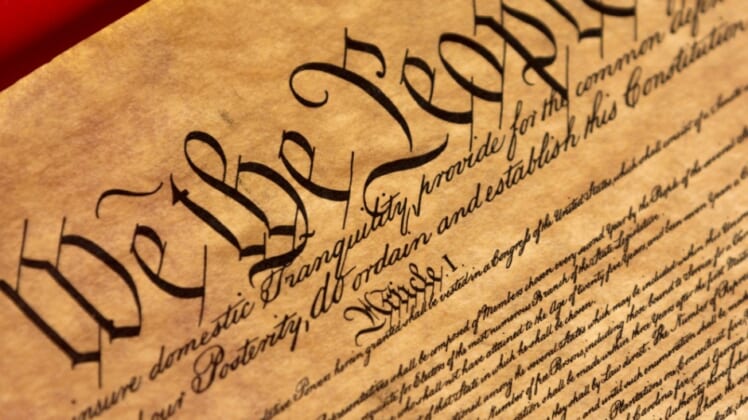 Sen. Mike Rounds, R-S.D., told the “Todd Starnes Show” on Tuesday that Democrats are being financed by the extreme left-wing and this coming election will play a decisive role in the future direction of the country.

Republicans have said that Joe Biden, who does his best to come off as a moderate, is a mere figurehead for the ticket this year. Sen. Kamala Harris, D-Calif., was voted the most liberal senator in D.C., will call the shots if they win the White House, they say.

Rounds told Todd Starnes that Democrats appear bitter and are running around D.C. acting like a bunch of “3-year-olds” after the historic confirmation of Amy Coney Barrett to the Supreme Court.

Starnes said Barrett’s confirmation was a “reminder for every voter in this country why elections matter.”

“Elections have consequences, and one of the consequences is Donald Trump just saved the Supreme Court for a generation,” he said.

Starnes said Democrats want to end the filibuster and pack the Supreme Court.

“They’re saying, ‘Oh, maybe 12, 15 justices,’” Starnes said. “You know what? I would not be surprised, one day, if the Democrats had their way, if the Supreme Court is as big as the House of Representatives.”

TODD STARNES: SHAME ON THE SNOWFLAKES AT RHODES COLLEGE

Rounds said most cases never make it to the Supreme Court and are decided at the Appeals Court and District Court levels. He said Democrats are suggesting that they’d like to restructure the entire court system. He also pointed out that if they win the presidency and senate in November, they will also try to introduce Washington, D.C., as a state, which would give Democrats two more senators and eliminate any chance for Republicans to influence policy decisions.

Rounds said besides getting three justices on the Supreme Court, Trump was able to confirm judges in courts in the entire federal system.

Starnes brought up Sen. Ed Markey’s recent comments that questioned Barrett’s approach to the court. She has the same judicial philosophy as the late Justice Antonin Scalia, who endorsed an “originalist” approach to reading laws and making decisions.

Rounds turned back the claim and said the country’s Founders provided a “road map” so future generations are able to make good decisions, but they also provided ways to amend laws through the legislature.

“They believed in the power of the word,” he said. He said he found Markey’s tweet disappointing.

Scalia, who considered himself to be a textualist, once said the Consitituion is “not a living document. It’s dead, dead, dead.”

The judge who always likes the results he reaches is a bad judge,” he said.