“The Voters of Georgia Know What a True Conservative Looks Like,” Says Rep. Doug Collins 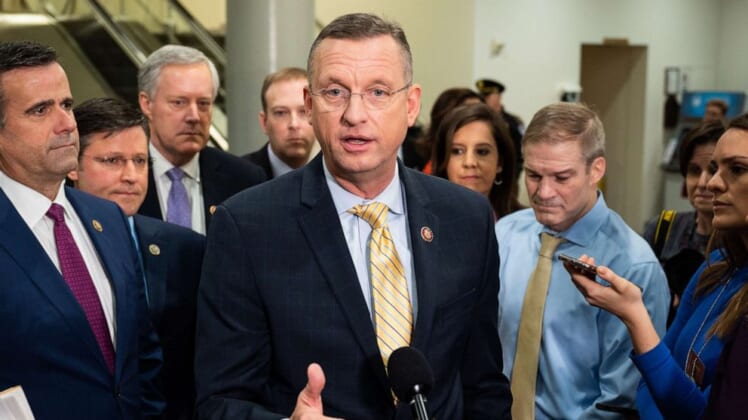 Matt Schlapp, the chairman of the American Conservative Union, and Rep. Doug Collins, R-Ga., made it clear during an interview with the “Todd Starnes Show” on Friday that there’s a difference between sending a Republican to the Senate rather than a conservative and they intend to take that message to Georgia voters.

Collins, who is famous for clashing with members of his own party, finds himself in a tough senate race against Sen. Kelly Loeffler, who is one of the richest politicians in the country. Collins has been critical of the senator and has recently called out her suspicious stock deals that critics say allowed her to hedge her portfolio before the coronavirus pandemic.

But Collins and Schlapp told Todd Starnes, the host of the radio show, that this race is about sending a true conservative to Washington. Schlapp, a well-respected and influential leader in the Republican Party, said the country needs more politicians like Collins.

“What I think people want, Todd, which is true I think for the other battleground states I’ve been to over the past weeks and months is they are tired of sending Republicans to Washington  Who tell them everything they want to hear but get up there and give in And don’t fight hard for the principles that we stand for,” Schlapp said.

The two are set to embark on a 17-day tour of Georgia beginning on Saturday.

“We’re excited,” Collins said. He said the voters of Georgia know what a “true conservative looks like.”

Starnes referred to Collins as the Peach State’s next senator and the only “true conservative” running in the race and Schlapp agreed.

The Georgia race will determine who serves the remaining two years of Sen. Johnny Isakson. The Atlanta Journal-Constitution reported that Loeffler is vastly outspending Collins and securing high-profile endorsements.

Collins has insisted that he will fight for Georgians and not for his own net worth.

“Even when it’s tough, even when it’s stacked against us, he knows how to fight… he knows how to communicate,” Schlapp said. He said conservatives have already given up so much in the country that if they don’t send more to D.C., “we’re not going to have a country left to defend.”