Trump is Still the Kingmaker 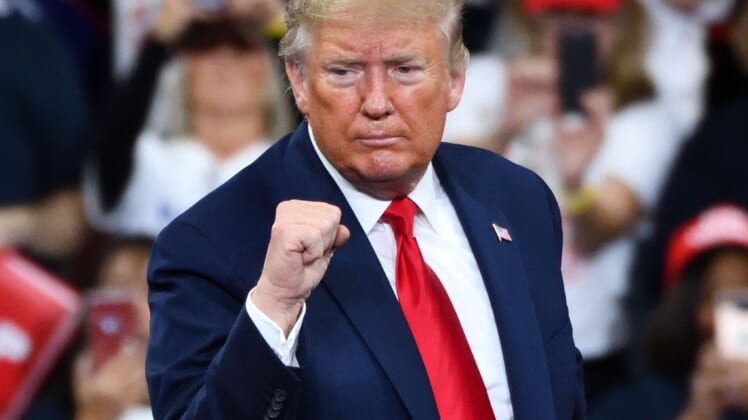 As the 2022 midterm primary elections move forward, former President Donald Trump continues to prove the weight of his endorsement with Republican voters all across the Country.

According to a Morning Consult poll, despite some recent losses by his endorsees in Georgia, over half of Republican voters would still choose Trump over candidates like Gov. Ron DeSantis (R-FL) and former Vice President Mike Pence.

“53% of GOP voters said they would vote for Trump over at least a dozen other potential candidates if the 2024 Republican presidential primary were held today,” the poll found. “down just 3 percentage points from his potential vote share in a survey conducted before 2022’s primary season heated up.”

RELATED: LIZ HARRINGTON: Biden’s Endorsement is the ‘Kiss of Death’

Next in line, far behind Trump in the poll is DeSantis, with the percentage of GOP voters ready to cast a presidential vote in his direction rising from 13 percent to 16 percent.

However, Newsweek reported that in a straw poll at the Western Conservative Summit, DeSantis narrowly defeated Trump when the attendees were asked to vote for their top pick for the 2024 GOP nomination.

“The Florida governor garnered the backing of 71.01 percent of straw poll respondents,” the Newsweek story reads. “Trump came in close behind in second place with the support of 67.68 percent. Because voters were allowed to make more than one choice, through the approval voting method, the percentages of the poll added up to more than 100 percent.”

Trump has endorsed 10 candidates in primaries scheduled for June 14. The elections will take place in South Carolina, Nevada and North Dakota.