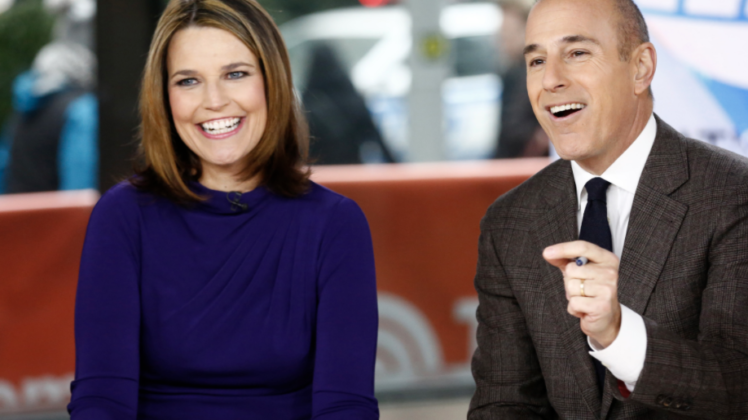 Todd Starnes, the host of the “Todd Starnes Show,” said Friday that President Trump should have turned the tables on Savannah Guthrie during NBC’s so-called town hall when she asked the president—once again—to denounce white supremacy.

Guthrie was panned on social media for turning the network’s town hall into another presidential debate with Guthrie pretending that she was a moderator. NBC was criticized for even holding the event in Miami because it competed with Joe Biden’s ABC town hall. Employees at NBC said the president should not have been given the platform.

“How many times does Donald Trump have to denounce white supremacy?” Starnes asked. “I mean, how many times?”

“You always do this…you’ve done this to me, and everybody…I denounce white supremacy.”

Guthrie jumped in, “You do two days later.”

“I’ve denounced white supremacy for years…But you always do it, you always start off with a question…you didn’t ask Joe Biden whether or not he denounces Antifa. I watched him on the same basic show with Lester Holt and he was asking questions like Biden was a child.”

Guthrie, at the time of the Lauer controversy, said, “I feel like we owe it to our viewers to pause for a moment. This is shocking and appalling, and I honestly don’t even know what to say about it. I know it wasn’t easy for our colleague Brooke to come forward then. It is not easy now, and we support her and any women who come forward with claims. And it is just very painful. For all of us at NBC who are at the Today show, it is very, very difficult,” according to Deadline.

US Weekly, citing unnamed sources, reported that Lauer felt betrayed by Guthrie who he felt “jumped on the opportunity to bury him.”

In May, Lauer posted a 4,800-word column and said he was falsely accused of rape by a former NBC producer. He claimed, “Brooke Nevils ever use the words “assault” or “rape” in regards to any accusation against me while filing her complaint with NBC in November of 2017. That has been confirmed publicly. NBC never suggested I was being accused of such an offense when I met with their attorney on Nov. 28 of that same year. They have also confirmed that publicly.”

Lauer said the rush to judgment in the media was “swift.”

“In fact, on the morning I was falsely accused of rape, and before I could even issue a statement, some journalists were already calling my accuser “brave” and “courageous.” While the presumption of innocence is only guaranteed in a court of law, I felt journalists should have, at the very least, recognized and considered it,” he wrote.

The allegations appeared in Ronan Farrow’s “Catch and Kill,” and Farrow stood by the report, according to KTVU.