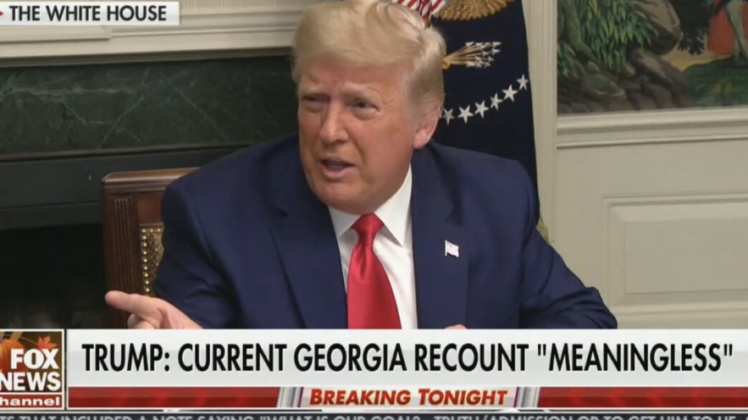 One of President Trump’s biggest mistake in office was not to expel the White House Press Corps from 1600 Pennsylvania Avenue.

For the past four years journalists have bullied, badgered, and disrespected not only the president, but also the president’s staff.

They’ve behaved like a bunch of petulant children – from Fox News Channel to MSDNC.

On Thanksgiving Day, President Trump had decided enough was enough and he called out a Reuters reporter who dared to disrespect the Commander-in-Chief while in the Oval Office.

Reuters White House correspondent Jeff Mason asked Trump whether he would think about conceding the election when the Electoral College votes for Joe Biden, to which Trump responded, “Well if they do, they made a mistake, because this election was a fraud.”

“Just so you understand, this election was a fraud,” he continued. “So no, I can’t say that at all. I think it’s a possibility… they’re trying to, look, between you people…”

At that point Mason started to talk over Trump and that’s when the president put the obnoxious journalist in his place.

“I’m the President of the United States. Don’t ever talk to the president that way,” Trump said.

Don’t ever forget how the White House Press Corps disrespected our president. They truly behaved as if they are the enemy of the American people. It was shameful.

President Trump to a reporter:

“You’re just a lightweight. Don’t talk to me that way. I’m the President of the United States. Don’t ever talk to the President that way.”pic.twitter.com/7rxAFOdUrY