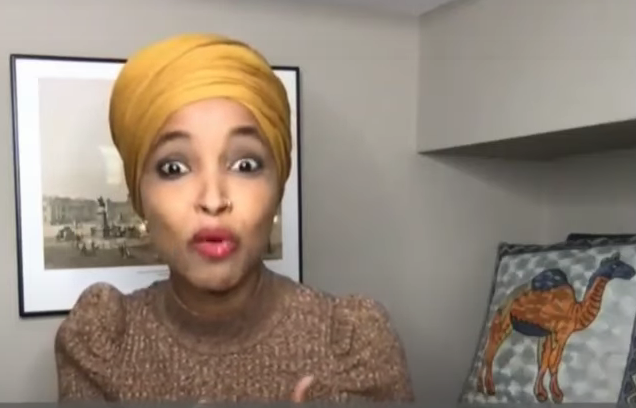 Over the past few months hundreds of thousands of patriotic Americans have turned out for President Trump’s “Make America Great Again” rallies.

Those who could not attend the rallies, hosted caravans and boat flotillas and Trump trains.

The parades featured patriotic music and American flags – red-blooded Americans of all racial and socio-economic backgrounds.

Rep. Ilhan Omar, the Muslim Democrat from Minnesota, smeared attendees of the Trump rallies by comparing them to klansmen.

“As he held his klan rallies throughout the country,” she said during an interview with The Washington Post.

The reporter did not push back or call out the Muslim congresswoman for her disgraceful lies.

Shame on Rep. Omar and shame on the intolerant people who re-elected her to Congress.

I thought former Vice President Joe Biden called on his fellow Democrats to unite and heal the country?

This woman is deranged. https://t.co/GprvGvvLP4