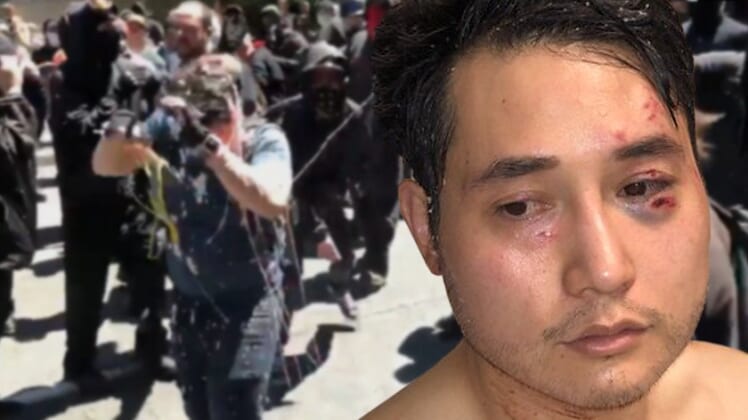 Andy Ngo, the journalist who was brutally beaten by Antifa terrorists in Portland, Oregon, will be a guest on The Todd Starnes Radio Show today.

Ngo suffered serious injuries after he was punched in the head, pummeled by kicks and showered by milkshakes laced with quick-drying cement.

Harmeet Dhillon, the journalist’s attorney, will also be on the nationally-syndicated program.

We are also investigating whether Portland Mayor Ted Wheeler gave orders for police to stand down while citizens were being attacked.

Also, Portland-based radio host Lars Larson will join Starnes to discuss local reaction to the weekend of terror on the streets of downtown.

There are several ways to listen to The Todd Starnes Show: