George Washington University Has a Problem with Christian Americans 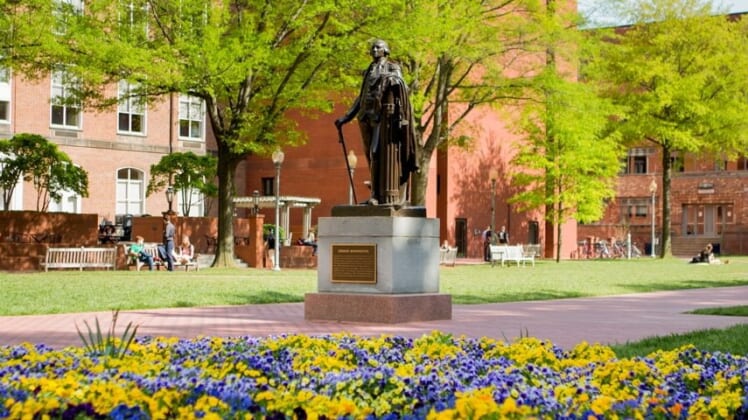 The university is hosting a diversity workshop to tackle what it calls “Christian privilege.”

Timothy Kane is on staff at the university’s Multicultural Student Services Center.

He’s on a self-described mission to promote solidarity among the LGBT community and to expand diversity and inclusion.

He also hosts workshops on heterosexual privilege, abled-body privilege, socioeconomiic privilege and cisgender privilege. I had to look that last one up — cisgender folks are people who identify with their birth sex.

Robert Jeffress, the pastor of the First Baptist Church of Dallas, said on the Todd Starnes Radio Show that Christian privilege “it’s the most ludicrous thing I’ve heard of.”

“This (Christian privilege) is a sham – it is a front for launching more attacks on Christians and restricting our Constitutional rights,” the pastor said.

The idea there’s such a thing as Christian privilege is laughable — especially in today’s current political climate.

Just a few weeks ago WW Bridal Boutique was forced to close its doors after years of harassment. The Christian owners and their children faced death threats after they refused to participate in a same-sex wedding.

Barronelle Stutzman, a Washington state florist, is awaiting a Supreme Court case to determine whether she violated the law by refusing to participate in a gay wedding ceremony.

And the list of Christians targeted and publicly shamed because of their religious beliefs continues to grow.

That’s just the way things are in a culture where gay rights seem to trump just about everybody else’s rights. You want to talk about privilege?