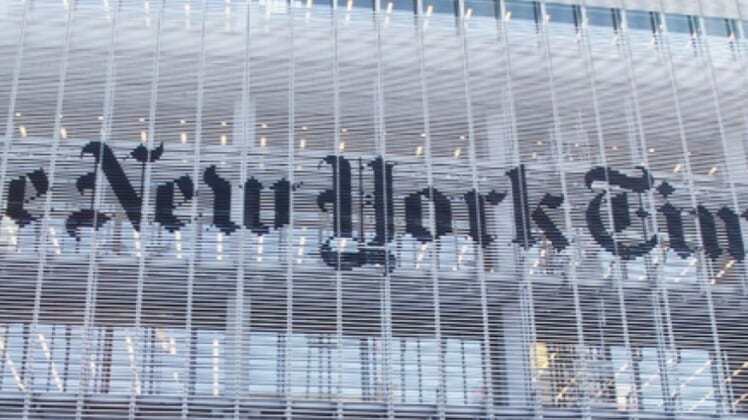 While the Mainstream Media was accusing President Trump of being responsible for sending suspicious devices to prominent Democrat leaders, The New York Times published a story online fantasizing about President Trump’s assassination.

The story is part of a collection written by several high-profile novelists imaging what life will be like for the president after the conclusion of the Mueller investigation.

From Book Review: “One of the biggest stories out there, of course, is the Mueller investigation and the relationship between Trump and Putin. It’s hard not to speculate about what might happen next. To that end, we thought: Who better than some of today’s most talented spy and crime novelists — Joseph Finder, Laura Lippman, Jason Matthews, Zoë Sharp and Scott Turow — to conjure possible outcomes?”

Novelist Zoe Sharp dreamed up a plot whereby the president was gunned down.

“The Russian waited until they were a few steps past before he drew the gun. He sighted on the center of the president’s back, and squeezed the trigger.

The Secret Service agent at the president’s shoulder heard the click, spun into a crouch. He registered the scene instantly, drawing his own weapon with razor-edge reflexes.

The Russian tasted failure. He closed his eyes and waited to pay the cost.

It did not come.

He opened his eyes. The Secret Service agent stood before him, presenting his Glock, butt first.

When it comes to President Trump and his supporters, the Mainstream Media’s blood lust is sickening, folks. Just sickening.