School Board to Paint Over George Washington Mural 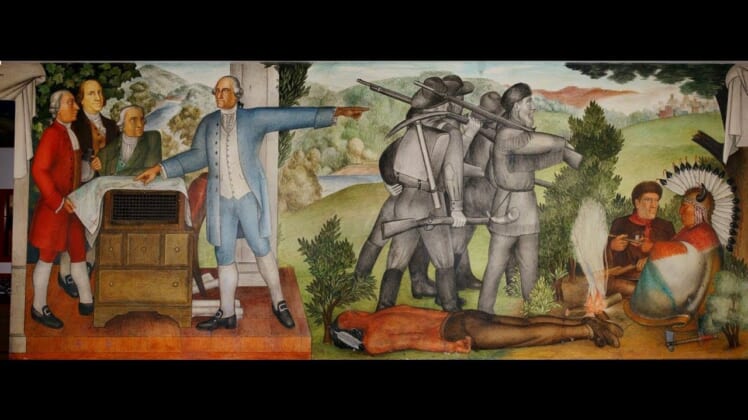 The San Francisco School Board has decided to destroy a historic fresco of George Washington that includes images of slaves and a dead Native American.

School leaders said they will spend $600,000 to destroy the 1,600-square-foot mural at George Washington High School.

They say the nation’s first president must be erased to make reparations for historic wrongs, the San Francisco Chronicle reports.

The mural, titled, “Life of Washington,” was commissioned by the Works Progress Administration and created by Russian-born artist Victor Arnautoff.

Erasing Washington is About Reparations

It’s time for the good men and women of America to do something.