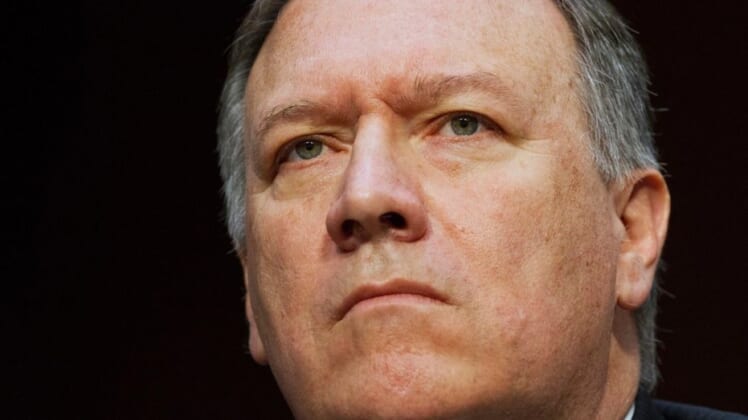 Mike Pompeo, President Trump’s nominee for secretary of state, faced an offensive line of questioning from Sen. Cory Booker – demanding to know if he opposed same-sex marriage and if he thought gay sex was perverse.

Booker (D-NJ) came dangerously close to suggesting Pompeo’s Christian faith and religious beliefs made him unsuitable to be secretary of state.

Sen. Booker then grilled the former CIA director about his views on gay sex.

It was an obscene question – sickening!

“Not satisfied with Pompeo’s pledge to treat everyone with respect and dignity, Sen. Booker demanded an endorsement of gay sex,” Family Research Council president Tony Perkins wrote on Twitter. “Is this the Left’s new litmus test for public service?”

Gay rights groups and their allies lashed out – accusing Pompeo of being a homophobe – a bigot.

“Mike Pompeo’s reaffirmed opposition to marriage equality and LGBTQ rights further proves that he is dangerously wrong to serve as our nation’s chief diplomat,” Sarah Kate Ellis, president of GLAAD, told NBC News in a statement.

Chad Griffin, president of the far-left Human Rights Campaign, told the Washington Post there would be serious consequences for gay people around the world if Pompeo became secretary of state.

“Mike Pompeo’s long-standing opposition to LGBTQ equality makes him a reckless choice to lead our nation’s diplomatic efforts. The decision to nominate anti-LGBTQ Mike Pompeo could have serious consequences for the United States and LGBTQ people around the globe,” he told the newspaper. “Pompeo does not deserve to be confirmed.”

An overwhelming number of Evangelical Christians share Pompeo’s belief that marriage is between one man and one woman. And here’s an inconvenient truth – it was the same belief about marriage that President Obama had when he campaigned for the presidency.

It’s becoming increasingly difficult for people of the Christian faith to practice their religion in the public marketplace. Religious liberty is under attack — as evidenced by today’s sordid congressional hearing.

The cold, hard reality is there are some in Congress who believe that Christians who believe in the Biblical definition of marriage should not be allowed to bake cakes, sell wedding dresses, own flower shops or become secretary of state.

Sen. Booker publicly shamed Mr. Pompeo because of his deeply held religious beliefs. That is disgraceful and it’s bigoted and it’s downright un-American.