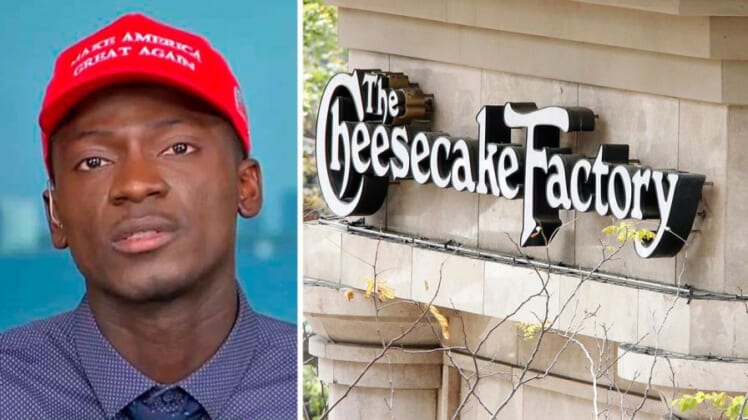 A Trump supporter who was bullied and harassed and threatened by as many as a dozen staff members at a Miami Cheesecake Factory has garnered support from the White House.

Eugenior Joseph was accosted by staffers — angry that he was wearing an iconic “Make America Great Again” ball cap.

“For anyone to walk around in a hat and get harassed for it – is ridiculous,” White House spokesman Hogan Gidley said on the Todd Starnes Radio Show.

Joseph also joined the radio show — to recount the terrible way he and his dining party were treated.

“It was embarrassing. We were scared. My girlfriend’s family was terrified,: he said. “It was really sad to have to go through that just because I was wearing a hat.”

Joseph says he is a big fan of the president.