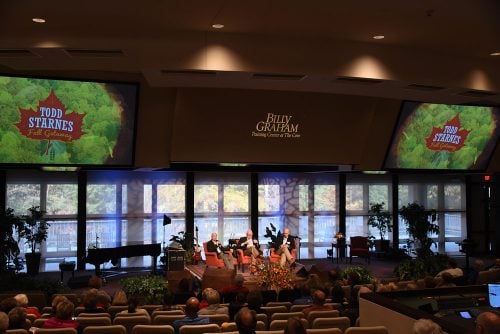 A private college in Massachusetts has announced it will no longer fly Old Glory because it has become a “heated symbol” in the aftermath of the presidential election — in an “environment of escalating hate-based violence.”

“There were a range of views on campus, including people whose experience growing up have made the flag a symbol of fear, which was strengthened by the toxic language during the campaign, and people for whom the flag is the symbol of all that’s best throughout the country,” said Hampshire College president Jonathan Lash told WBZ.

The Hampshire College Board of Trustees initially agreed to fly the flag at half-staff on Veterans Day — but not necessarily to honor our veterans.

“This was meant as an expression of grief over the violent deaths being suffered in this country and globally, including many U.S. service members who have lost their lives,” Lash wrote in a Facebook post.

So Hampshire College basically insulted every member of the Armed Forces — men and women who sacrifice their lives for a bunch of ungrateful over-educated brats.

“We have heard from many on our campus as well as from our neighbors in the region that, by flying the flag at half-staff, we were actually causing hurt, distress and insult,” Lash wrote. “Our decision as been seen as disrespectful of the traditional expression of national mourning, and has been especially painful to our Hampshire campus colleagues who are veterans or families of veterans.”

That’s because there’s a difference between joining Black Lives Matter and the United States Marines, you sanctimonious dunderhead.

“Our intention was to create the space for meaningful and respectful dialogue across the many perspectives represented in our community.”

Well, we all know that would not happen. In the dark of night someone snatched Old Glory and set the flag ablaze — leading the Board of Trustees to implement a ban on all flags.

“We hope this will enable us in the near term to instead focus our efforts on addressing racist, misogynistic, Islamophobic, anti-immigrant, anti-Semitic, and anti-LGBTQ rhetoric and behaviors,” he wrote.

As you might imagine, the good patriots of Massachusetts are about to explode.

“As both a veteran and a taxpayer, I am appalled at the decision of this college to ban the flying of the US flag, the symbol of your school’s educational freedom. I sincerely hope that the parents of your precious students, the ones actually paying the tuition, withdraw their support, both financial and moral,” one gentleman wrote.

Another added: “You people are pathetic! You’re setting these kids up to fail in life by them never hearing the word no! This is America, you should tell your students that regardless of how they feel, men and women died for that flag to say and feel the things they do and do not like and if that’s not good enough then feel free to leave! My god, have a backbone.”

Hampshire College may be a private institution, but I suspect it does receive a certain amount of federal assistance.

Therefore, I have a simple way to resolve this sort of anti-American behavior: every federal tax dollar Hampshire College receives should be escrowed until Old Glory is raised.