So They Want to Build a Fence Around the U.S. Capitol, but Not Along the Southern Border 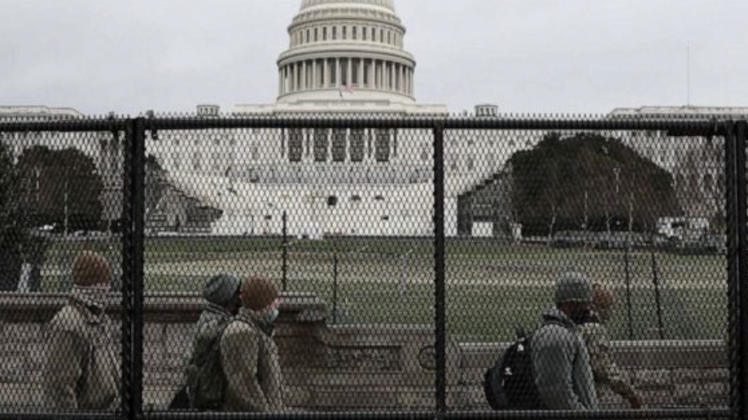 Yoganada Pittman, the chief of the Capitol police, said Thursday that her team is looking into how to better secure the property, and said the fencing should be permanent, according to the Daily Wire.

She said that the security upgrade is not completely the result of what Democrats called an “insurrection” earlier this month, and discussions about safety upgrades started before the Sept. 11, 2001 attacks.

CNN’S NAVARRO UNHINGED ON ‘THE VIEW’

“I can unequivocally say that vast improvements to the physical security infrastructure must be made to include permanent fencing,” she said. “And the availability of ready, back-up forces in close proximity to the Capitol.”

Critics point to what they see as a humourous juxtaposition since Pittman’s comments came days after President Biden signed an executive order that canceled the construction of the border wall.

Democrats have been accused of using the riot at the Capitol to advance their agenda and essentially cancel Republican members in congress.

Rep. Alexandria Ocasio-Cortez, D-N.Y., who has been blamed for stoking anger during the summer’s unrest tweeted out that Sen. Ted Cruz tried to have her murdered because he challenged the election result.

The Washington Post reported that the current fence around the building would be “non-scalable” and topped off with barbed wire. The report pointed out that the fence was supposed to be in place for 30 days.

D.C. Council member Charles Allen, Democrat whose district includes the Capitol, told the Post that the riot at the Capitol was “horrendous” but to “just build an unscalable perimeter fence and turn the people’s house into a fortress from the people is just wrong.”

He continued, “These areas are part of our community, part of our neighborhood—cutting off public access because they failed to anticipate when they knew what was coming is just very wrong.”