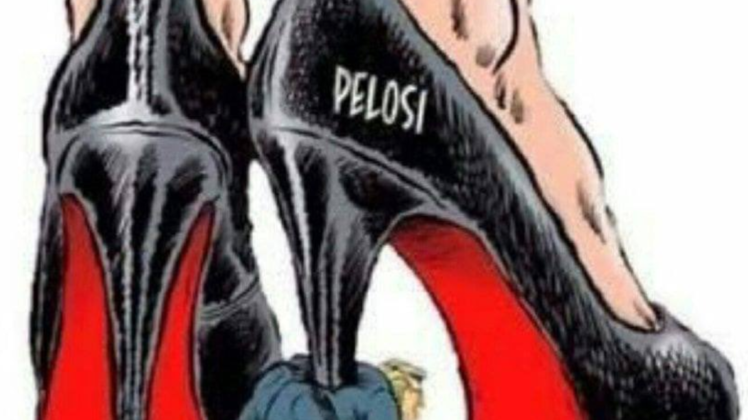 EDITOR’S NOTE: Sign up for a free subscription to Todd’s weekly newsletter: a must read for Conservatives and people of faith! Click here.

She also called him the “moron-in-chief.” To understand the clinical sickness known as Trump Derangement Syndrome, get a copy of my new book, “Culture Jihad.”

The original cartoon, published by Andy Marlette in JANUARY, included a quote from Cardi B: “These is bloody shoes.”

Marlette, an editorial cartoonist for the Pensacola News Journal, shared his gruesome artwork on Twitter with the message, “Nancy the boss #SAVAGE #TRUMPSHUTDOWN.”

In a separate attack, a leftist athletic company posted images in Times Square of President Trump being hogtied by a female Marine Corps veteran. Click here for that story.

I could not find any cartoons published by Mr. Marlette that showed President Obama or Speaker Pelosi or any other high-profile Democrats being impaled to death. I’m sure that must be an oversight on my part. Then again…