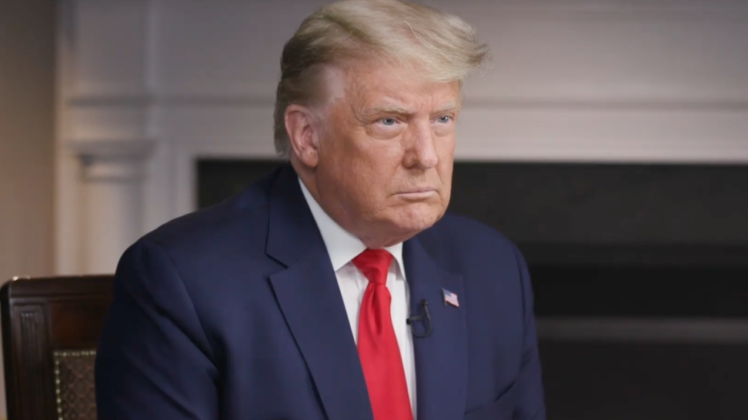 Tim Murtaugh, the communications director for President Trump’s reelection campaign, told the “Todd Starnes Show” on Wednesday that the tightly held bias at tech companies was on full display when Twitter’s CEO Jack Dorsey tried to justify why his company allows Holocaust denial on his platform while blocking a story from a major American newspaper.

“There’s no question that the Silicon Valley Mafia, the Palo Alto Gang…they’re out to get President Trump specifically and conservatives and Republicans generally,” Murtaugh said. “And to actually hear the CEO of Twitter admit that it’s OK to tweet about Holocaust denial, but it’s not OK  to link to the New York Post, and the decision that they made to block people from spreading the story that proves Joe Biden lied to America when he said he didn’t know anything about Hunter Biden’s business travels, it’s just remarkable.”

He said social media companies and their decision to vet posts is why President Trump said it would be worth looking into Section 230 of the Communications Decency Act. The act provides these platforms a level of legal protection from items posted on their websites.

Mark Zuckerberg, the CEO of Facebook, told the Senate Commerce Committee on Wednesday that Section 230 “encourages free expression” and “allows platforms to moderate content. Without 230, platforms could face liability for basic moderation.”

Critics of Section 230 say when these social media companies begin to “fact check” posts and limit the distribution of content they are no longer serving the public as simply a platform.

TODD STARNES: BIDEN JUST SAID WHAT I KNEW ALL ALONG

Sen. Ted Cruz, R-Texas, got into a heated discussion with Dorsey over his company’s decision to block the explosive New York Post report on Hunter Biden.

“Mr. Dorsey, who the hell elected you and put you in charge of what the media are allowed to report, and what the American people are allowed to hear?” thundered the Texas Republican at the social media mogul. “Why do you persist in behaving as a Democratic super PAC, silencing views to the contrary of your political beliefs?”

“Is it your position that Twitter, when you can’t tell the source, blocks press stories?” Cruz asked.

“No, not at all. Our team made a fast decision,” Dorsey responded.

“They have to log into their account, which they can do at this minute, delete the original tweet, which fell under our original enforcement actions, and they can tweet the exact same material, the exact same article and it would go through,” Dorsey said.

Todd Starnes, the host of the radio program, said these tech giants have not acted in good faith and seem to have no intention of changing.

“So they diserve whatever they get, in my estimation,” Starnes said.