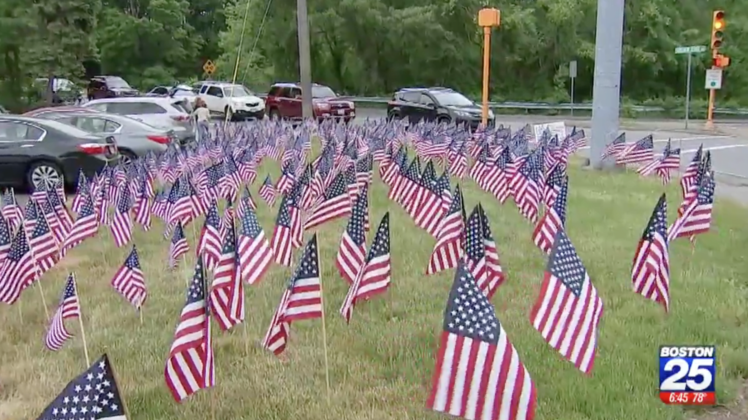 A Massachusetts real estate company that was slapped with an “excessive flag violation” responded by adding even more flags to the patriotic display.

Staffers at Laer Realty, in Chelmsford, had initially posted 200 small, American flags to honor fallen war veterans for Memorial Day. Traditionally, the real estate company kept the flags up until the Fourth of July.

But over the weekend, staffers were stunned to find a note posted to the front door from the town’s code enforcement officer.

“There was a note in the door from the building department stating we had a violation, a flag violation, excessive flags,” Jon Crandall told CBS in Boston.

The real estate company said they were told they could only have a “reasonable amount” of flags – but they were never given an exact number.

Instead of taking down the flags, the local Laer Realty office decided to post even more flags – now numbering around 500. And the owners offered to cover any fines.

“We feel this is a patriotic act,” Crandall told CBS. “It’s not about our business. It’s about supporting our troops, supporting veterans.”

But City Hall says the flag display is a clear violation of a policy that prohibits the use of flags for commercial purposes.

Town Manager Paul Cohen told Fox Boston they even issued violations for churches that placed flags on their property.